Daniel Poss picks up the reigns from Matthew Daughaday 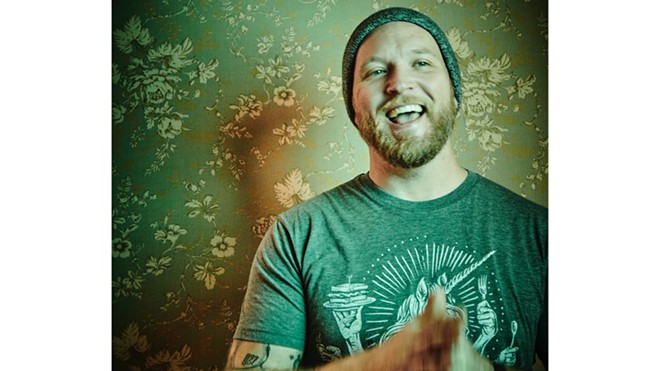 For the past year, Daniel Poss has been helping make Juniper (4101 Laclede Avenue, 314-329-7696) one of St. Louis' most exciting restaurants in his role as executive sous chef. Now, he is tasked with leading those efforts in an even bigger role. On May 25, the restaurant announced that Poss has assumed the job of executive chef, replacing the highly regarded Matthew Daughaday, who had led Juniper's kitchen since January of 2020.

Though the change represents a new face in the kitchen's highest leadership position, Poss is no stranger to the team. Since last June, he has been working alongside Daughaday and owner John Perkins to craft a vision for the Southern restaurant that reflects the changes to the dining landscape brought about by the pandemic while emphasizing history and foodways.  As he explains, he and Daughaday had such a good partnership, he feels that the change will be seamless.

"I can't speak highly enough of Matt; he's become one of my best friends in the world," Poss says. "Our relationship was so awesome right from the beginning because his vision for the menu and storytelling was the same as mine. Our backgrounds and techniques are different in some ways, but it came together for us to really sketch out the skeleton of how our menu is going to be. There is a ton of his influence on there, and I am not going to take those off. I don't want to fix anything that isn't broken."

For Poss, the executive chef position at Juniper feels like something he has been preparing for his entire career. A longtime cook who got serious about his culinary career following a successful turn as a professional drummer, Poss worked at esteemed kitchens throughout his hometown of Nashville, Tennessee, and honed his craft under several greats in the southern and low country food scene.

Poss moved to St. Louis in 2017 to join his now-wife and immediately started working at Grace Meat + Three. For four years — from Grace's opening day of dinner service and through the first year-and-a-half of the pandemic — Poss played an integral role in the popular restaurant's success and honed his skills in its fast-paced environment. It was a wonderful opportunity, and Poss embraced every moment of it. However, when he had the chance to join Perkins and Daughaday at Juniper, Poss jumped.  He believes it was one of the best decisions he's made in his culinary career.

"Matt and I collaborated on everything," Poss says. "If you'd watch us in the kitchen, it was like seeing two synchronized swimmers. We didn't have to say anything to each other all day because we just already knew what we needed. It was a very rare relationship."

Aside from the positive collaborative relationship with Daughaday, Poss has also been thrilled to be a part of Juniper's efforts to understand foodways and food history. Since he has arrived, the restaurant has increased its focus on understanding the intersection between food, history and culture and has been working with farmers on cultivating heritage produce and seeds that were once thought to be lost. As executive chef, he plans to do everything he can to tell the stories behind the Juniper's food and give credit where it is due — a commitment he feels makes Juniper more than only a place to get delicious southern food.

"We're going to keep holding up southern traditions and telling the stories and doing the research and giving the credit to the people who did the work of bringing these things to the southern U.S. during terrible times," Poss says. "People forget about that and take it for granted. I have a hard time when people say they are a southern restaurant without knowing where the food comes from and who was cooking it before you and what they were going through. There is a lot of emotional depth in all of it. The people who were making this before my grandmother and grandfather are where the credit needs to go."