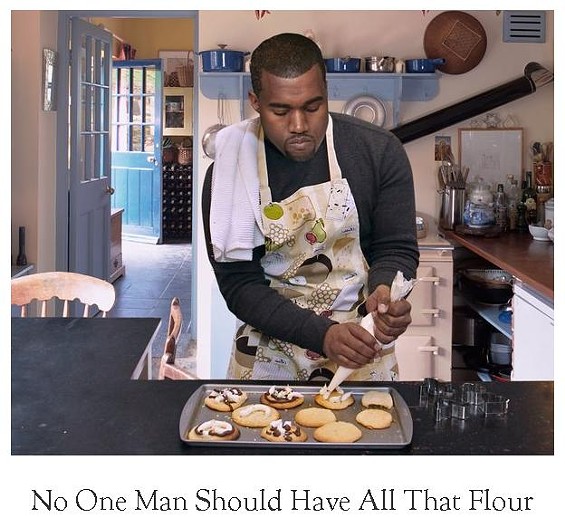 Screenshot: noonemanshouldhaveallthatflour.tumblr.com
For several weeks now, Kanye West's new album, My Beautiful Dark Twisted Fantasy, has been playing nonstop at Gut Check International Headquarters. So we were excited to discover, via Grub Street, No One Man Should Have All That Flour, which posts food-related parodies of West's lyrics. Here, for example, is "Runaway" rewritten as "Grab a Plate":