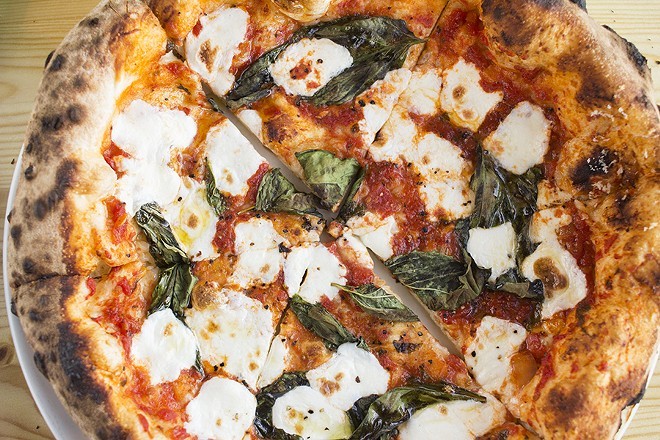 Last winter, short staffing at FedEx and a nasty omicron surge put a stop to Katie’s Pizza & Pasta Osteria's online ordering platform, which allowed patrons to ship the St. Louis-based eatery's popular frozen pizzas and pastas to any destination throughout the U.S.

But this year, fans of the brand’s signature pies are in luck: Katie’s online ordering is back for the holidays.

From now until January, customers can ship items on Katie’s frozen menu throughout the U.S. Customers get a free frozen pizza or restaurant gift card with every order as a thank-you for sticking by the brand after last year’s hiccup and for their continued support of the burgeoning frozen pizza line.

The resolution to last year’s shipping woes is the latest sign that Katie’s is poised to become a national frozen pizza brand, a major development for a project that started out as a pandemic-related necessity but has become something much more for owners Katie Lee Collier and Ted Collier.

In 2020, the couple and business duo behind the popular modern Italian restaurants Katie’s Pizza & Pasta Osteria (two locations including 9568 Manchester Road, Rock Hill, 314-942-6555) turned to frozen pizza to keep their business afloat as COVID-19 wreaked havoc on restaurants. Their gambit worked. Online orders for frozen pizzas piled in to a point where the company could hardly keep up. The success fueled Katie’s through the worst of the pandemic and introduced the beloved local chain’s fare to a broader national audience, including grocery stores around the country.

Competition in the frozen pizza world is steep. Lee Collier says, “It’s a very tough business,” but she and her team did not want to sacrifice quality for efficiency. Every item on the frozen menu is made from the same recipes and by the chefs who staff the restaurants. Pizzas are crafted the same way they would be in the brick-and-mortar restaurants

“It takes a lot of work, and it takes a lot of craftsmanship,” Lee Collier says in an interview. “We’re committed to not over-streamlining to the point that it’s all machine.”

Every pizza is hand-stretched and wood-fired in a 800-degree oven with Missouri white oak. Freshly milled durum and semolina flour make up the dough. Specialty Italian meats, fresh cheese and local organic produce adorn the pies.

Katie’s frozen pizzas have reached customers far and wide in the past two years. In addition to local shelves at Dierbergs in Missouri and Illinois, the Colliers have attracted nationwide chains including Whole Foods and Fresh Market, an East Coast chain of grocery stores with over 160 locations.

But after online ordering for individual customers ended last winter, customers moaned, Lee Collier says. “Eventually we just got so many people saying, ‘I don’t live here, but I really want your pizzas and you’re not in my grocery store yet,’” she says. “So we decided the perfect time to bring it back would be the holidays.”

The ascent of Katie’s Pizza & Pasta Osteria was a long one. Lee Collier dropped out of high school at 14 and learned the restaurant business by working in them. She and her father opened Katie’s Pizza Cafe in Clayton in 2008 when she was just 24. Lee Collier battled a years-long struggle with addiction, however, and eventually lost her share in the business.

The addition of a frozen product line has been an unexpected extension of Katie’s success — one that’s become far bigger than a pandemic quick-fix.

“When we started this, the goal was just to keep everybody working and keeping our product out to people during COVID,” Lee Collier says. “We were able to save everybody’s job and come out with this great product, and it was a success. We quickly realized that the reach with frozen is much greater than anything a restaurant could ever do. I think the sky is always the limit.”