Starting in March, flying through Terminal 1 is going to be that much more delicious 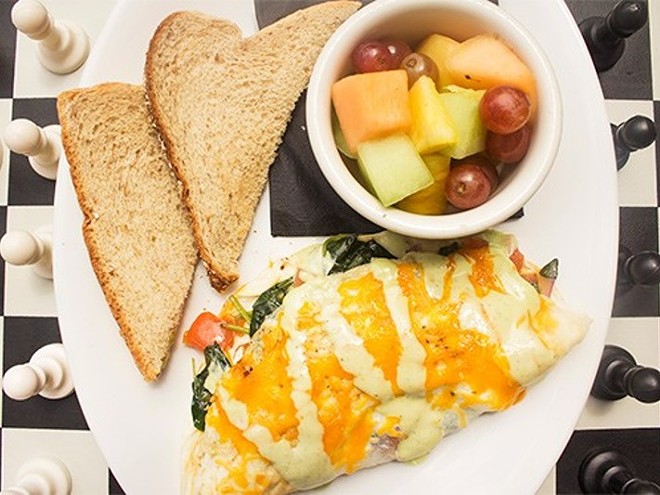 Kingside Diner, the popular chess-themed restaurant, is readying to add one more outlet to its growing brand. Owner Aaron Teitelbaum confirms that he will soon open an additional location in the St. Louis Lambert International Airport.

The airport commission approved the Kingside site during its monthly board meeting on Wednesday. The diner, situated in concourse C, will open in March 2023.

With sit-down and express locations in Clayton, the Central West End and the Loop, the airport will mark Kingside’s newest home in the St. Louis area. Teitelbaum says the process has taken over a year and a half.

“It just seemed like it'd be good brand recognition for us,” he tells RFT.  “We do want to grow the brand, the express brand especially. We felt like hotels and airports are good for us because it has a captive audience and built-in clientele.”

“The food and service and decor will represent who we are 100 percent,” he says.

The forthcoming airport location is one of many recent additions to Kingside over the past three years. In April 2021, the business moved to the corner of Euclid and Maryland in the Central West End, across from the World Chess Hall of Fame. The move has made a huge difference, Teitelbaum says, noting it doubled sales and introduced a late-night dining option.

Then, in September 2022, the business opened its first Kingside Express spot in the Loop, with a focus on pickup and delivery.

Its centrality in St. Louis stood out to the airport, Teitelbaum says. “[The airport] really liked the idea of local,” he explains. “Diners are starting to be a big brand for airports, so at least they're looking for them because they really feed a lot and there aren't many.”

Teitelbaum says he’d like to expand to more airport terminals in the future. But for now, they’ll start in St. Louis.

“I wanted it to be in my hometown first, learn the ropes,” he says.