Kitchen 4AM to Open Next Month in Downtown St. Louis

COURTESY OF JASON JACKSON
Jason Jackson moved to St. Louis from Atlanta in 2018 and has already developed a big following.

But don't expect the kitchen to say open until 4 a.m. Jackson says the restaurant's name refers to how early in the morning he begins marinades and other prep work. He intends to keep serving until 2 a.m. — which, as he notes, is significantly later than most spots downtown.

"It's very hard to find a place where the kitchen is open that late, especially in the Washington Avenue nightlife district," he says. "After 10 p.m., everything is closed — the only thing you've got left on Wash Ave is a hot dog stand. We're going to offer good quality seafood, pasta, nice salads — something that will be a big change for the downtown area."

A culinary school graduate, Jackson moved to St. Louis in February 2018 from Atlanta, where he had a successful career with the Firehouse Subs chain. He joined one of the franchises here as its operating partner, but found time on the side to open a catering company he called Kitchen 4AM. The business offered elegant entrees to go — and it took off in a huge way. Begun in his apartment near the Central West End and using only Instagram as promotion, Kitchen 4AM quickly attracted a huge following. Jackson quickly moved it into a commercial kitchen, and then began hunting for spaces for a brick-and-mortar operation.

Originally, Jackson says, he contemplated something similar to the catering concept, likely a takeout-only operation. But fate had other plans. One day, his car overheated on Wash Ave while he was on his way to a meeting. Stuck without wheels, he found himself chatting with Bernie Lee, the chef/owner of Hiro Asian Kitchen, which at the time was coming to the end of a six-year run downtown. As Jackson showed Lee photos of his food on Instagram, Lee asked if he was looking for a space. When Jackson said he was, Lee said he had something in mind.

"He said he had a location for me, but he didn't even tell me it was Hiro," Jackson recalls. Once Jackson saw the space, an elegant storefront with high booths and a modern look, he was sold. "This was all God's plan," he says.

Now he's giving the place a makeover — he mentions a black-and-red tiled floor and new upholstery — with an aim to be open by mid-August, so long as he can get his liquor license in time. He's confident Kitchen 4AM will get a positive reception.

"The city is literally waiting on it," he says. 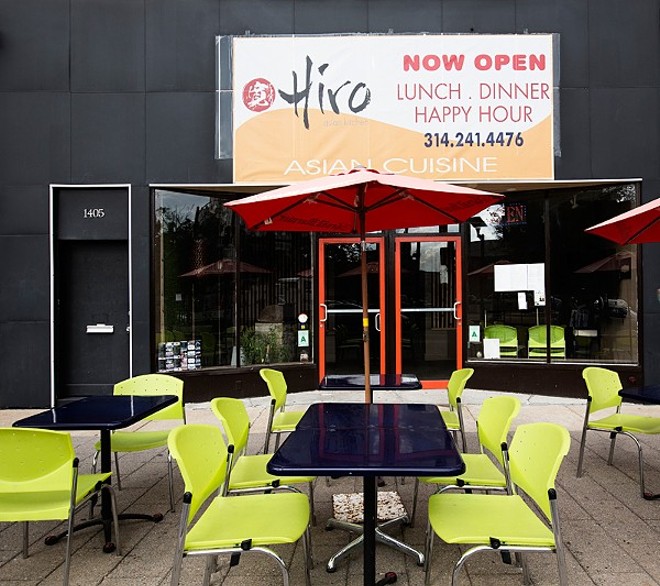 JENNIFER SILVERBERG
Hiro Asian Kitchen closed in May after a six-year run.