Lucky's Market in Rock Hill to Close as Locations Shutter Across the U.S. 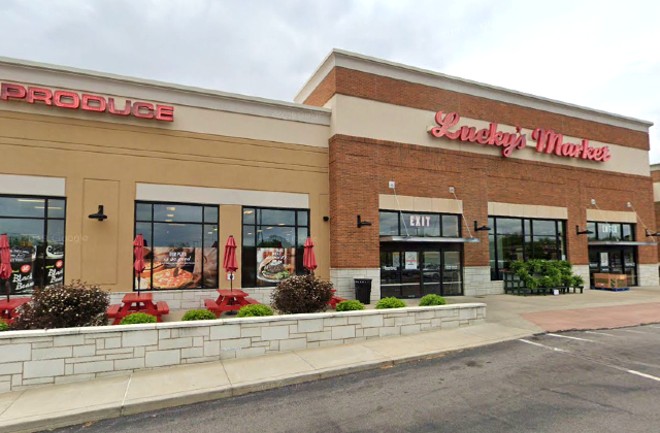 Google Maps
The Rock Hill location will close for good on February 12.

We have some bad news and some good news, St. Louis.

First, the bad: On February 12, Lucky's Market (9530 Manchester Road, Rock Hill; 314-942-8193) in Rock Hill will shutter operations. The good news? Starting tomorrow you can receive 25 percent off groceries at the location, with other discounts likely to be offered in the coming weeks.

News of the St. Louis-area closure comes as the national grocery chain is in the midst of shutting down most of its stores across the country, as first reported earlier today by the South Florida Sun Sentinel. In addition to the Rock Hill store, Lucky's operates stores in Columbia and Springfield, Missouri. Reached by phone this afternoon, a representative at the Springfield store confirmed that store's closure and said employees were notified this morning that 32 of Lucky's 37 stores across the U.S. would go out of business. The Columbia location will remain open, a representative confirmed to the Riverfront Times.

Founded in Boulder, Colorado, in 2003, Lucky's operated under the slogan "organic for the 99 percent" and was known for its vast organic produce selection and quality meat counter. In 2016, rival supermarket chain Kroger invested an untold amount of money in Lucky's to become a partial owner; last month, Kroger announced that it would divest its stake in Lucky's. When the Kroger investment was announced, Lucky's operated just seventeen stores in the U.S., including the Rock Hill location.

“Unfortunately, Lucky’s expanded very fast after Kroger became involved,” said Neil Z. Stern, senior partner at Chicago-based retail consulting firm McMillanDoolittle in an interview with the South Florida Sun Sentinel. “They became spread too thin, took some questionable real estate and ultimately they had a huge number of underperforming stores that were not sustainable. Still, this is a huge retrenchment.”