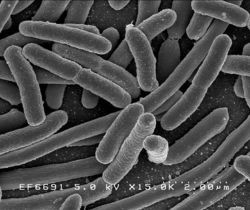 According to the press release announcing the recall, the cheese might have been sold from Homestead Creamery itself as well as from Hyvee supermarkets in Liberty and Trenton; Benedict Builders' Farm in Knob Noster; and Milton Creamery in Milton, Iowa.

It's unclear from the press release precisely what prompted the recall. The release states, "Preliminary test results received from the Missouri State Health Laboratory indicate the cheese may be contaminated," but doesn't specify whether the testing was random or prompted by a consumer complaint. The release also makes no mention of any illnesses related to the recall.

Gut Check has a call in to the Missouri Department of Agriculture for more information. In the meantime, state authorities have suspended Homestead Creamery's license to sell dairy products.