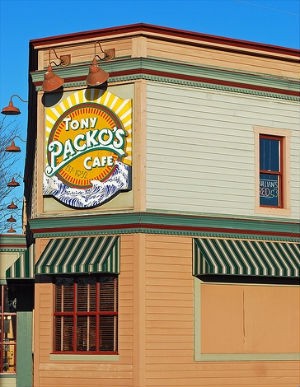 At least these problems aren't Congressional in nature. Some of the nation's favorite hot dog institutions have troubles more judiciary and executive in nature.

Tony Packo's, whose chili dogs were made famous on the TV show M*A*S*H, is embroiled in a family feud around possible financial mishandling.

In 2002, Tony Packo Jr. was accused by his sister, Nancy Packo Horvath, of trying to run her out of the business. After Horvath's death, she willed her share of the business to her son, Robin Horvath, who in turn sued his uncle Tony Jr. and cousin for not accounting for $400,000 in company spending.

The bickering's continued for years while the company bled money. It was forclosed for $4 million in loans last year.

The whole mess is going to court on Friday.

Elsewhere in Toledo, President Barack Obama caught a little flak for having two chili dogs, fries, and a bowl of chili for lunch at Rudy's, another local hot-dog dive, the day after First Lady Michelle Obama helped unveil the MyPlate nutrition guide.