Non-Profit Rallies to Save the World's Largest Catsup Bottle 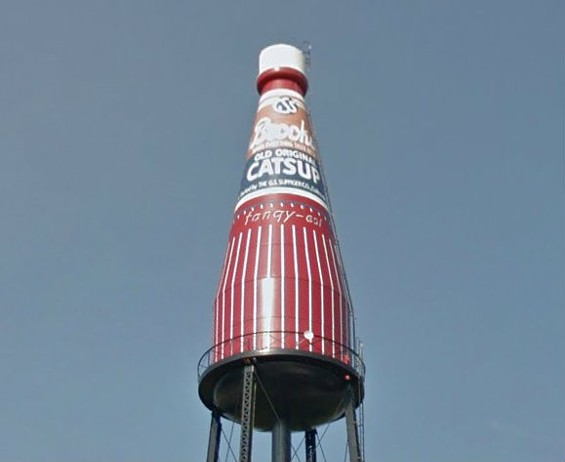 Save me! | Google Street View

Earlier this week we reported that the World's Largest Catsup Bottle in Collinsville is for sale (along with a warehouse) for $500,000. There is a non-profit organization that doesn't own any of the landmark but advocates for it and holds the annual festival. We spoke to president Mike Gassman about why saving the catsup bottle is important and what he hopes will happen.

See also: The World's Largest Catsup Bottle is For Sale

The owners, Bethel-Eckert Enterprises, called Gassman before putting up a for sale sign to give the group a heads up. He says Bethel-Eckert hasn't been using that warehouse location for a while, so he always knew a sale was a possibility.

The Catsup Bottle Preservation Group doesn't have the kind of funds it would need to purchase the landmark outright, nor does it plan on attempting to raise half a million dollars. Gassman says instead, he and others have been trying to get the word out to people that might be able to help. So far, no luck. 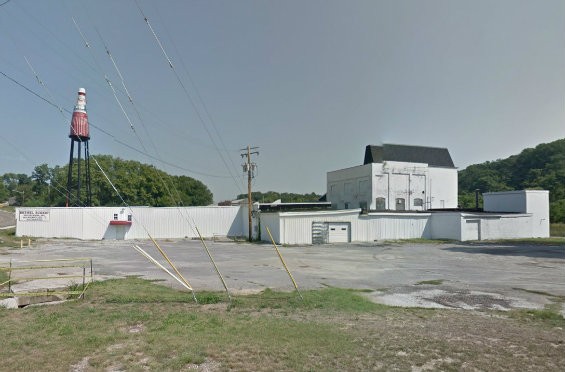 "It's such a good, fun, non-serious historic landmark that put Collinsville on the map," Gassman says. "It's something everybody remembers and it's just light-hearted and quirky enough to be unique to get attention."

The catsup bottle is on the national register of historic places, but unfortunately that legally does little to keep it from being torn down. In the case of the flying saucer building in midtown, the landmark designation did actually help, and supporters were able to find a company that would preserve the building.

"Being on the National Register gives you the strength to try not to be torn down, but if someone comes in and decides they want to get rid of it, they can get rid of it, and that's the last thing anybody wants," Gassman says. "We hope that we can still keep having fun with the catsup bottle and keep having our festival."

Gassman says it's important to keep the catsup bottle because of its historic significance to the people of Collinsville. It may just be a quirky roadside landmark to passers-by, but not for those who grew up there.

"It holds a lot of memories for people that used to work there [at the catsup factory]," he says. "All the old-timers that grew up in Collinsville say they remember the catsup smell throughout the town. It means an awful lot to a lot of people in a lot of ways."