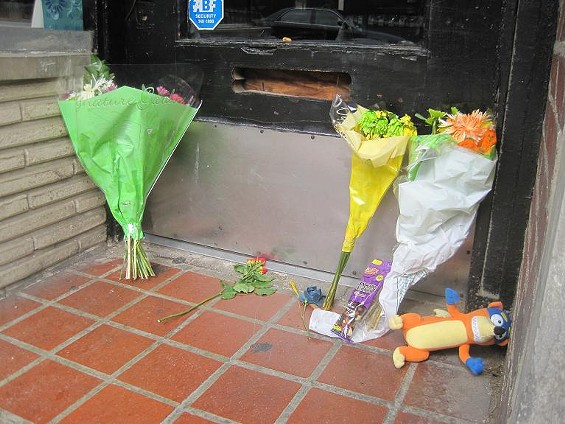 Ian Froeb
Flowers at the entrance to Gyro House in University City
The Post-Dispatch reports that Ahmed Eltawmi, 50, owner of the Delmar Loop restaurant Gyro House (571 Melville Avenue) was shot and killed outside his Maplewood apartment complex on Friday night.

Update: (Monday, 6.7, 9:50 a.m.) The updated Post-Dispatch report includes reaction from those who knew Eltawmi. The police have also released a computer-generated sketch of the suspect. A couple of additional photos after the jump.

Update: (Tuesday, 6.8, 1:17 p.m.) The Post-Dispatch, on its Crime Beat blog, reports that friends and family of Eltawmi are offering $10,000 for information that leads to the arrest of the suspect.

Gyro House remains closed. Pieces of poster board with messages from friends and fans have been placed in the front windows. 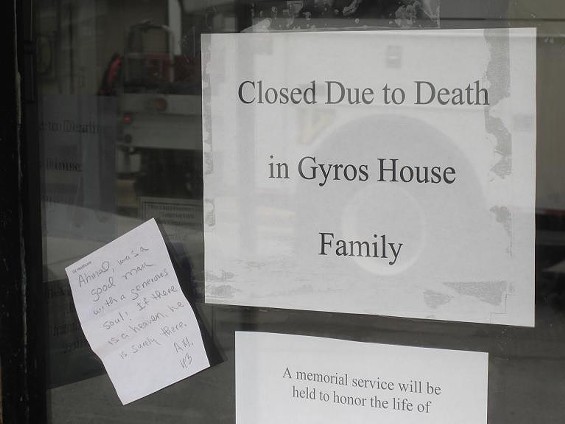 Ian Froeb
The front door of Gyro House
The handwritten note reads, "Ahmed was a good man with a generous soul! If there is a heaven, he is surely there." The memorial service referenced in the notice at the bottom of the picture was held on Sunday. 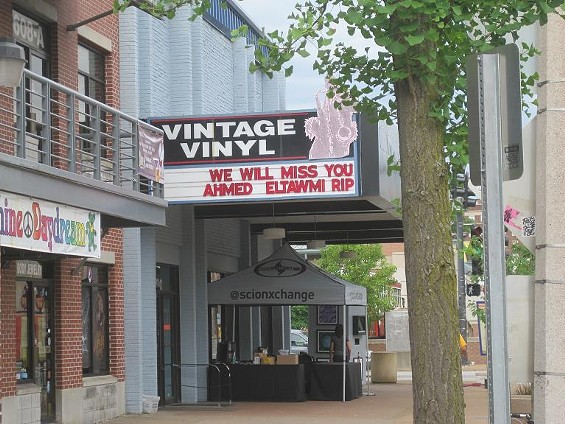