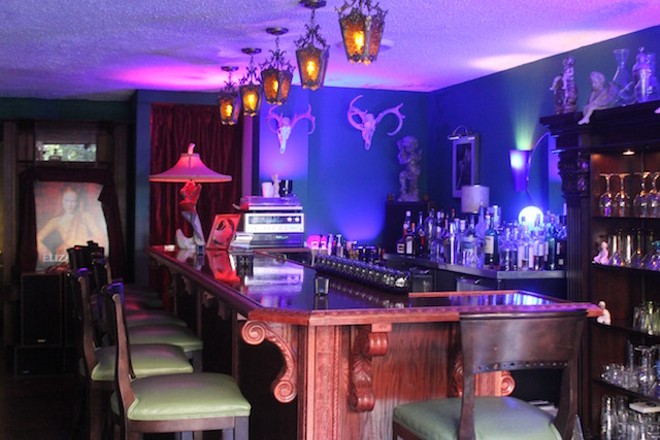 The newest bar to open in the Central West End, Pagan Wine Bar (239 N. Euclid Avenue), isn't on Facebook or Twitter. It doesn't even have much of a sign out front, just its name on the door. Beneath that is painted "Chris King, proprietor." There is no Chris King affiliated with the place.

There is, instead, Ed King, who until last year was running a book store at 239 N. Euclid specializing in mystery and espionage called Big Sleep Books. That's his father's name on the door, he says, and it dates back to the days from 1988 to 1995 when Chris King ran Big Sleep. Ed King just doesn't have the heart to take it down.

Other than that name on the door, however, the former book store is utterly transformed, and the bar King has fashioned in its place is one of the most wonderful in the city. For six months now, beginning just a few days a week in late March and slowly building to seven-day-a-week service, King has been painstakingly creating the kind of bar he likes to drink in, the sort of place you find in Europe but not always the U.S. — low-key, smart, sexy.

"I searched for this place, and I didn't find it, so ..." he says, adding, "In Paris, I searched for the place I thought Anais Nin would hang out in. I never quite found it. I wanted this to feel like a place that's been here 100 years."

The bar is perfectly lit and convivial, but still very much a work in progress. King explains that he started at the front of the storefront, which now features handsome red-leather couches in the street-facing windows, and is working his way back — he's about three-fourths done, even if the walls of his home have been stripped bare to accommodate the bar's artistic needs.

The bar looks old, but isn't; a friend built it to King's specifications. Louis Icarts are on the walls, with comfortable nooks and tables for seating in addition to bar stools. Near the back, there's a collection of spy novels, for sale if you're interested. The bathroom is stacked with intriguing nudes and stills from Disney films, which King credits for instilling pagan values in America. He'll get to finishing the bathroom decor next, he hopes.

For now, though, he's just too busy tending bar. He's it, the one bartender during Pagan's hours of operation, and he's kept busy serving a roster of classic cocktails that are entirely in his head, in addition to a small wine list, which has in fact made it to paper.

He's given it two pages, but it really only needs one, with a half-dozen glasses in total. He knows the back story on everything he's serving, and while he's more of a red wine enthusiast, the white he poured for us on a recent evening was spot-on — something we wouldn't have ordered without a personal recommendation, but were thrilled to discover.

Wine has completely taken over King's life. He details how he's planting his family farm near Farmington, Missouri, with cabernet franc grapes, the rare French grape that can survive Missouri winters. Once he finishes the bar, that'll be his next great obsession. And in a half-dozen years, Pagan Wine Bar may be serving a vintage of his own.

He sees this new passion as a natural culmination of his heritage. His great-grandfather owned a bar on Laclede's Landing. "He was called 'the Cat' because he could clear the top of his bar in one move and stop a fight in no time, which you had to do in those days," King says. "The stories about him spoke to me." 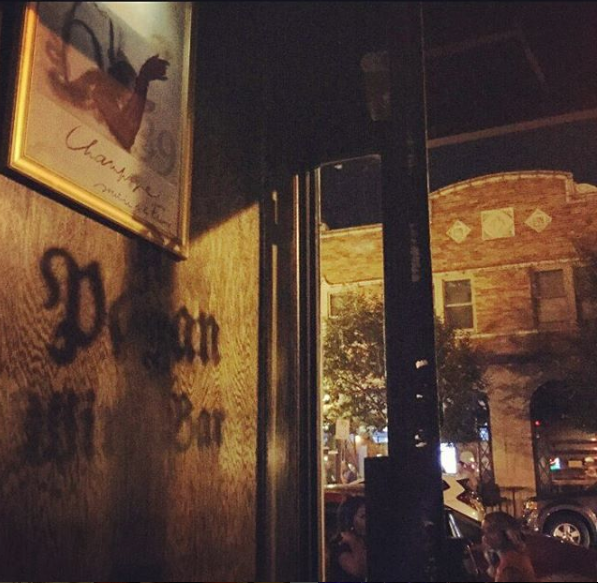