Photos from the First Maplewood Farmers' Market of 2010

Send a News Tip
The opening day of the Maplewood Farmers' Market was almost rained out. But shortly before the market was to open at 4 p.m., the clouds cleared up just as quickly as they had gathered, allowing farmers from around the region to show off their products. 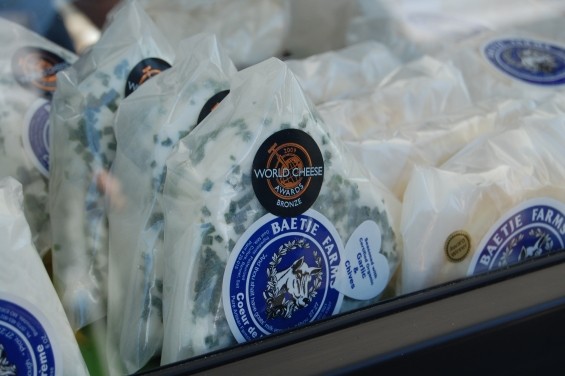 Amir Kurtovic
This award-winning goat cheese, made by Baetje Farms, was one of the more popular items at the market. Baetje Farms also sells at most of the other area farmers' markets. 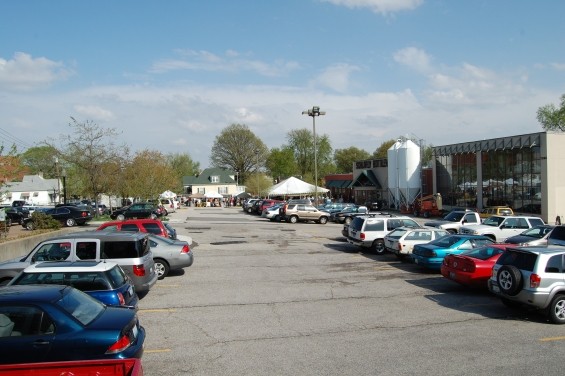 The Maplewood Farmers' Market is open at 4 p.m. every Wednesday on the parking lot of Schlafly Bottleworks (7260 Southwest Avenue). The parking lot was packed with cars on the opening day.

Though the weather was nice, the rain storm only hours before scared off a few of the vendors. Hally Bini, who works for Schlafly and manages the market, tells Gut Check that only eighteenvendors showed up, but that number would likely go up to around 30 in May, once farmers start harvesting more vegetables.

Ellen Knoernschild, owner of Centennial Farms, helping a customer. Centennial Farms mostly grows fruits, such as apples, peaches and blackberries. In the fall they also host pick-your-own-apple events and see a lot of schoolchildren come through on tours.

Early in spring a lot of vendors at the Maplewood Farmers' market were sellings plants and herbs, allowing urban farmers to do try their hands at growing food as well.