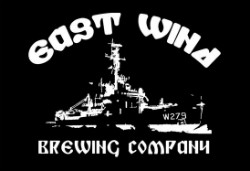 St. Louis is up to its ears in microbreweries. Everywhere you turn, there's a festival, tour or tap house promoting all the hops you can drink. So is all hope lost if you have the urge to brew? Luckily, even within this saturated market, drinkers and brewers alike are welcoming to brewers who are trying to step out of their garage and into your local bar.

Though new East Wind Brewing Company is facing this beer-heavy market, one factor sets them apart from the sea of breweries in their path -- they're opening in the metro east. Husband and wife Eric and Keva Lee have just signed the papers on a space in Staunton, Illinois, a one-stoplight town about 40 miles northeast of St. Louis. The Lees, along with father Harold and brother-in-law Jason McCoy, are hoping to engage those along Route 66 and distribute via taps throughout the metro east, while keeping East Wind Brewing Company all in the family.

Gut Check: First, the obvious -- in a city exploding in craft beer, how will East Wind Brewing set itself apart? East Wind Brewing Company: When we first considered starting East Wind Brewing Company, we really liked the idea of a Nano-Brewery. Nano-Breweries have started popping-up across the country, and we really felt like this fit well with our situation. We wanted to start small and grow the business into the demand of the area. We will be producing roughly 100 gallons per batch. This allows us to get creative with our beers. We also really like the philosophy of "produce local - drink local." For example, we plan on offering an IPA which is brewed with local wild honey. We are excited to be able to create unique beers with local ingredients.

GC: Why Staunton? With the new space, how might the small town lifestyle that surrounds you influence your brewing and/or business? EWBC: We love the small town feel of Staunton, which really exemplifies what East Wind Brewing is. We are a small, family owned and operated brewery. Staunton is a small town that is big on family values and community. Everyone we've talked to has been very supportive of this endeavor and seem to be truly excited to have us in their neighborhood. We've lived in both big cities and small towns, and for us, we are more comfortable and grounded in smaller towns. We hope that ease and comfort comes across in our beers.

GC: You're awful far from the city. Do you think being so far outside St. Louis might hurt you? EWBC: We feel like we have chosen the perfect location for what we are trying to accomplish. We think the small town atmosphere is a better fit for our small brewery. We love the craft brewing scene that is going on in St. Louis right now and hope to extend it to this side of the river.

GC: What will be the first beers off the line as a professional brewery? EWBC: We plan to start brewing, straight out of the gate, our 3 year-round beers: an IPA brewed with local wild honey, an american amber, and a smoked porter. We also plan to have several seasonal beers such as a summer Kolsch, and some bigger winter beers. I really love oak aged beers, so I'm really excited that we will also be starting with a barrel program. The first beers aged will be a bourbon barrel porter as well as a coffee breakfast stout. We also really enjoy experimenting with belgian styles.

GC: So even though you haven't opened your doors yet, what are your future plans? EWBC: We plan on starting with draught accounts in the Edwardsville area and expanding from there. We would like to bottle our seasonal beers and have those available at local stores. We hope in the next year to open a beer garden that would be ideal for picnics. We feel our location is a perfect spot for people cruising Route 66 to stop, have East Wind Beer and enjoy the quaint town of Staunton and all it has to offer.

GC: When you go out drinking, where's your favorite place to find craft beer in the Metro East? EWBC: That is a tough one. We have so many great places popping up in the Edwardsville area for craft beer. My bottle shop of choice is Bin 51, but I am all over the board when it comes to a pint. I absolutely love Global Brew, Bigelo's Bistro, as well as the newcomer, Dewey's Pizza.

GC: And once you find it, what do you drink? EWBC: I was introduced to great beer at an early age. The first beers I ever remember trying were Orval, Anchor Steam, and Alaskan Amber. I guess I always knew great beer should have flavor. I am now much more of a Hop Head than I once was, and I really enjoy a good IPA, but my go to beer is still probably Orval. I love the funkiness of the brett, and the mild hop character.