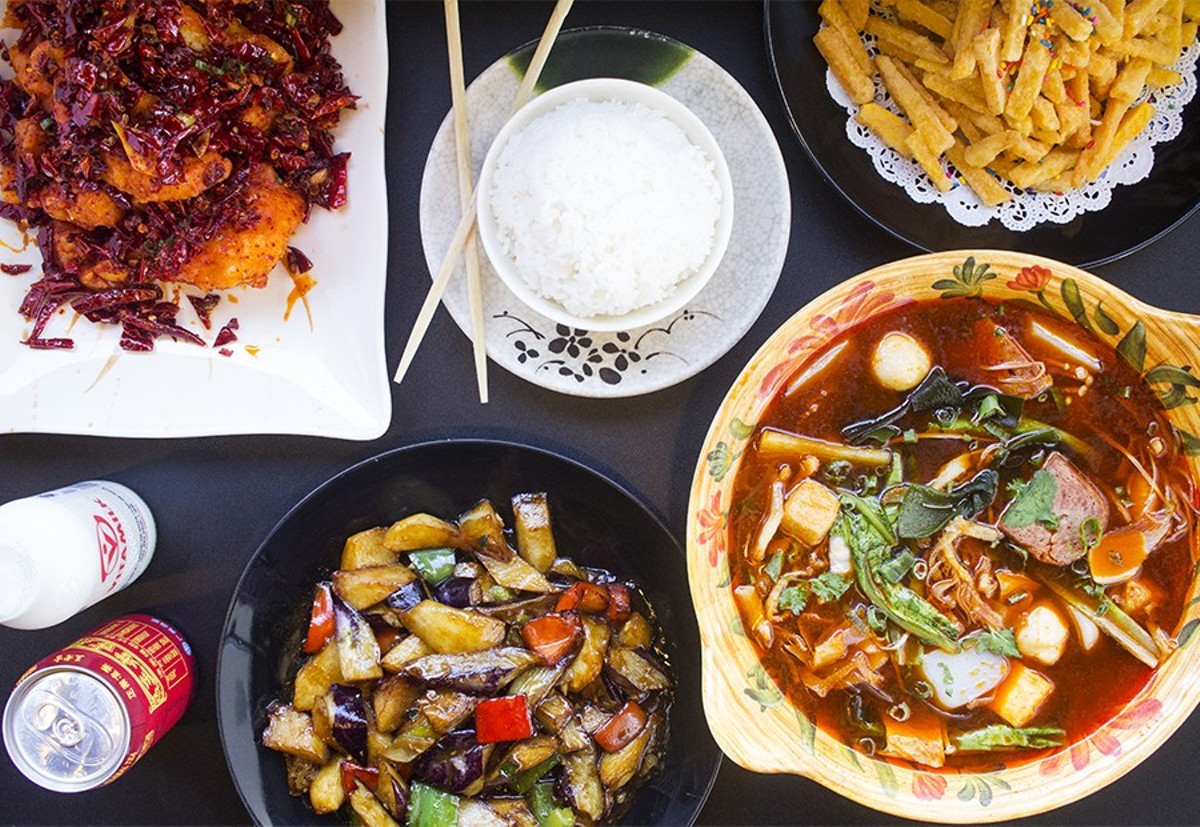 Daniel Ma didn't have time to worry about the name of his restaurant. He was too busy working in the kitchen, perfecting his recipes and trying to scale back a menu that had blossomed before the grand opening to include more than 200 dishes. He left things like branding to his business partner, Quincy Lin, who settled upon what he thought was the English translation for the Mandarin phrase "a place for delicious food."

By the time the pair realized that the name Cate Zone meant nothing even remotely close to "delicious food," they'd already spent the money on signs, T-shirts and menus. The partners were stuck, so they decided to roll with it, even joking around about a mythical ex-girlfriend, "Cate," who inspired the restaurant.

There is, however, a kernel of truth to their story about a love interest as the driving force behind Cate Zone. Though not a professionally trained chef — his background is in computers — Ma was a passionate home cook in his native China who created many dishes to dazzle his girlfriends. Some liked spicy, some liked sour. One was from Hunan Province, another from Sichuan. No matter whom he dated, he'd cook to their tastes, developing a repertoire unbound to any one style of cooking or regional specialty.

When he moved to the U.S. seven years ago, Ma parlayed his cooking skills into a string of jobs in Americanized Chinese restaurants. He was struck by the inauthenticity of the cuisine, but he put his nose down and toiled away to prepare buffet-quality orange chicken. 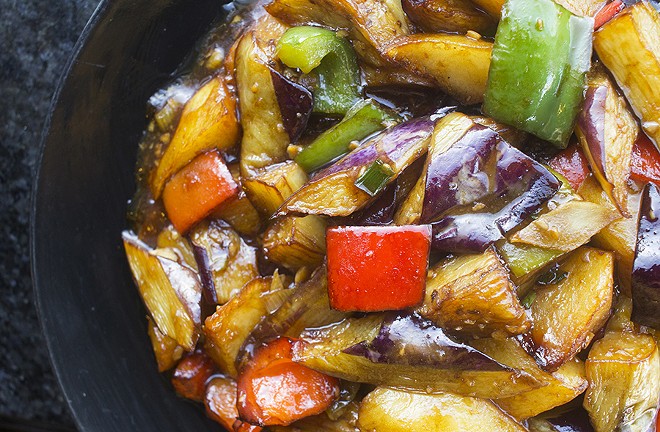 He dreamt of a restaurant of his own, and four years ago, he opened a Mongolian barbecue spot in the Chesterfield Valley. But the restaurant was not a success, and as Ma closed its doors, he was determined that the business he opened next would be on his own terms.

Ma reached out to Lin, a former co-worker at Joy Luck Buffet, and the two came up with a plan to open an authentically Chinese restaurant that would both push American diners out of their comfort zones and offer the area's sizable international student population a taste of home. They recruited their former Joy Luck colleague Yuming Han to help with the cooking, and in November, they opened Cate Zone in the old J&W Bakery spot, in the heart of University City's Chinatown. 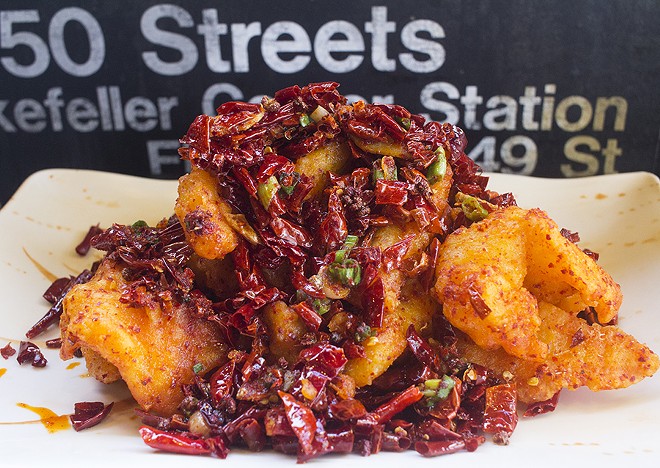 PHOTO BY MABEL SUEN
"Hot Crisp Fish" is as good, and as spicy, as it looks.

Cate Zone may be authentic, but it's not traditional — at least not in the stereotypical way you might imagine. Your first clue is the décor. The small room, with roughly fifteen tables, is wallpapered in a black-and-white New York City subway theme and decked with photos of the Manhattan skyline. Glass pendant lights and blonde wood accents give the space a warm, modern feel.

Ma and Lin have certainly touched on something, because Cate Zone is perpetually packed. On each of my visits, the wait exceeded 30 minutes. As soon as you taste the food, you'll understand why.

An appetizer of homemade beef jerky, served at room temperature, features plump slices of meat coated in chili oil and specks of fresh peppers. Though the meat is dehydrated, the dish is anything but dry; instead the spicy oil coats the tongue with rich beef flavor for a feel that evokes tendon. 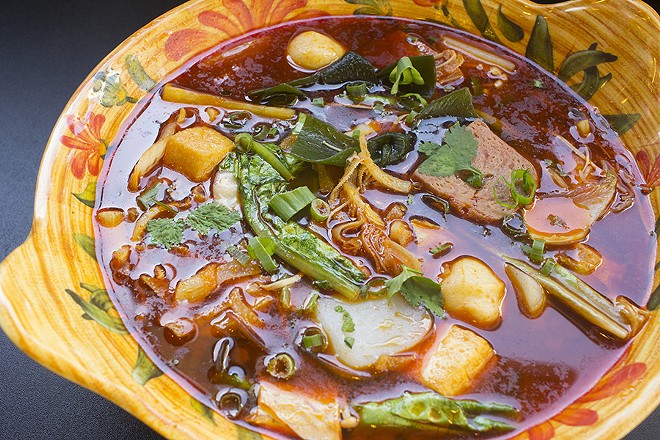 I was shocked when a dish simply called "Korean Cold Noodle" arrived as a beautiful, multi-faceted bowl of soup. Ribbons of funky, dried bean curd competed for space with several "packets" of clear rice noodles that had been knotted together for ease in eating. Enoki and silken black fungus mushrooms mingled with the noodles, assorted vegetables and bean curd in a delicate broth that tasted at once earthy and sour. It was pleasurable on a dreary February day, but I can't imagine a more refreshing lunch during the heat of summer.

If you walked in and looked at Cate Zone's skewer menu, you'd be forgiven for thinking you'd stumbled into a Middle Eastern joint. Tender ground lamb, served on a stick, is grilled and then coated with tart, bright red spices that taste akin to dried harissa. The same spice blend is dusted atop a mild Asian pork sausage skewer, which has been spiral cut to give each bite maximum char flavor. The sweet sausage, piquant spice blend and bitter grill flavor will make you question the primacy of the American hot dog. 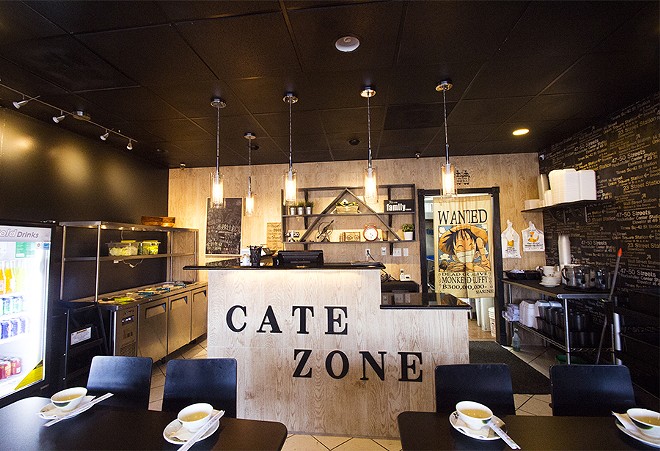 PHOTO BY MABEL SUEN
This is definitely not your grandma's idea of a Chinese restaurant.

I was wary of trying the sweet and sour pork, fearing the candy-apple red corn syrup-based sauce that's a staple of Americanized Chinese takeout. I need not have worried. Cate Zone's version consists of tender pork cutlets, pounded thin, that are coated in crispy batter and glazed with a sauce that is sweet, but still countered with vinegar for a bright punch. It's a wonderful option if you're looking for an accessible entry point to the cooking on display here — different enough to be interesting, but not at all intimidating to a Midwestern diner.

Cate Zone's "Honey Crisp Sweet Potatoes" are a nod to one of Ma's wife's favorite Chinese desserts. Battered hunks of the potatoes are deep-fried and candied with melted sugar, then crowned with spun sugar. It sounds overly sweet, but the reality is more nuanced, in the way that a well-executed glazed doughnut can be at once sweet and savory. Be forewarned, though: You have to eat this dish when it's hot or else the sugar cools and you may find yourself chiseling potatoes off the bottom of the plate.

Ma insisted we try what he calls "Cumin Lamb," and we were glad we heeded his advice. Bite-sized pieces of sizzling lamb are coated in mild spices; the cumin-infused fat from the lamb coats the mouth but is offset by sprigs of fresh cilantro and ginger. Tasting this, I can see how Ma wooed dates with his cooking. 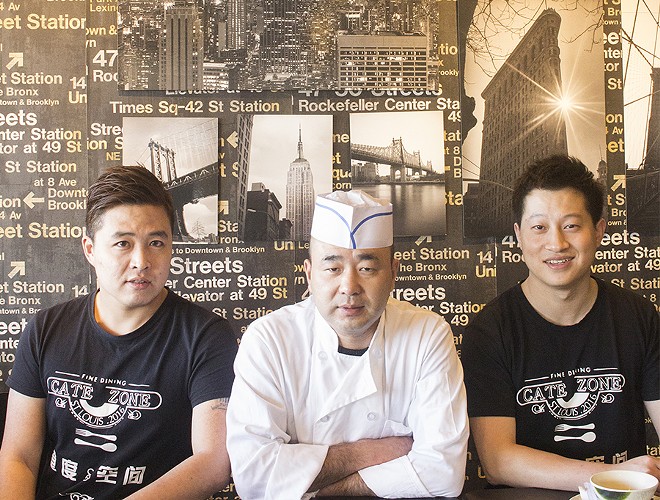 If the lamb left me with a bit of a crush, the "Hot Crisp Fish" had me ready to pledge my eternal love. Filets of buttery whitefish are dredged in flour and panko, then cooked so perfectly they melt in the mouth. This alone would suffice, but the Cate Zone chefs do not stop there. They dip the fish in chili oil, then blanket it in four different types of peppers. It looks scary, but the spice level is tolerable — I'd estimate a six out of ten. More tingly than a burning heat, the Sichuan peppercorns flecked throughout the platter will make your lips feel like they're vibrating and create an oddly pleasant numbing sensation on the tongue. It's been about a week since I've had this addictive dish, and I still can't stop thinking about it.

Really, this must have been how Ma's ex-girlfriends felt when they experienced his cooking. And though he's happily married now, I can't help but think that he's still leaving a trail of smitten people in his wake. With food this good, you can't help but fall in love.