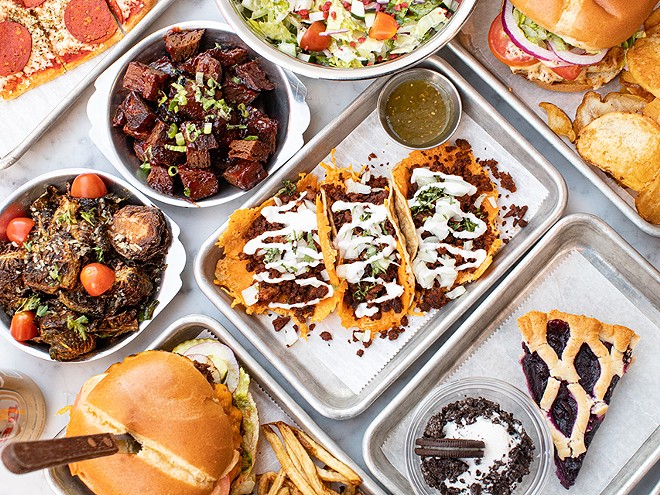 A couple of months after Natasha Kwan and her husband, Rick Roloff, opened Station No. 3 (1956 Utah Street, 314-925-3883), she witnessed a profound moment in the gas-station-turned restaurant's dining room. There, her aunts and father, who were in town for a family reunion, paused to look at a photograph of their parents that had been taken long ago in the Philippines. The picture depicted the two in front of their family business, which they'd opened not long after arriving at the island nation as refugees from China. Though they had nothing, they'd managed to scrape together enough money to buy a small business that would go on to support their family and set their kids up for generational success. The reason that moment was so poignant? Their business was a one-pump Shell service station.

Like her grandparents all those years ago, Kwan never imagined she'd be the proprietor of a gas station business, even though hers is much different than the Shell Mart they ran. A successful restaurateur who has gained a loyal following over the years with her University City spots Frida's and, most recently, Diego's, Kwan was looking to grow her restaurant footprint in another area. She considered a few different parts of town, but when she and Roloff pulled up to the property that is now Station No. 3, they were instantly charmed. Though the building was originally a gas station, it had been converted into the restaurant Utah Station in 2019 and ran as a successful vegan fast-food spot for roughly two years before closing its doors after its owner was charged in a shooting. 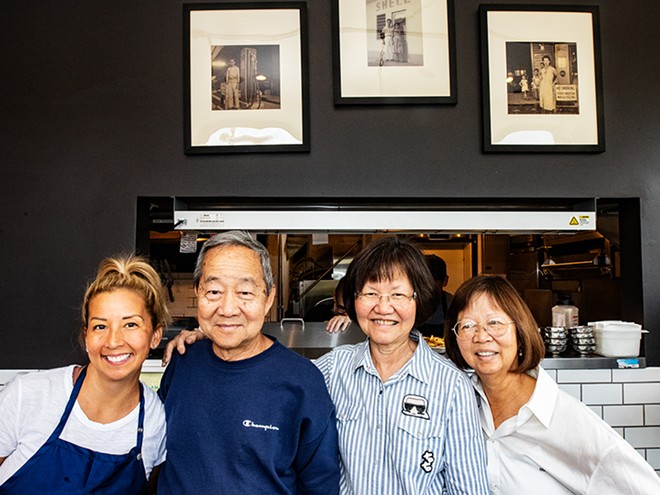 Kwan and Roloff were aware of that drama, but they were confident they could bring a positive new energy to a space that was begging for a fresh start. It was simply too beautiful not to have one; between its large, landscaped front patio filled with gardens and fire pits and modern dining room and bar that seamlessly blends into the outdoor area through open garage doors, the shuttered restaurant had the potential to be a vibrant neighborhood gathering place if given a second chance.

That fresh start is evident the moment you pull up to the charming Station No. 3. The spot feels like an oasis in the middle of the city. Gentle smoke rises from fire pits you can barely catch a glimpse of through the tall, wispy grasses that surround the patio. Outdoor tables dot the large, well-manicured garden space and open garage doors invite guests to wander between the dining room bar and patio, creating a breezy vibe that flows throughout the restaurant's interior and exterior.

Kwan wanted the food to be as inviting as the scene, so she and her executive sous chef, Jerricha Belk, created a menu comprised of comforting gastropub style dishes that evoke the nostalgia of a TGI Friday's at its heydey (who doesn't love a good potato skin?) while being mostly — gasp — plant-based. I utter this shocking sentiment as I sit here, 24 hours later, still gobsmacked by Station No. 3's mozzarella stick, a perfect, golden, fried nugget that is so creamy, melty and cheesy, I am still convinced Kwan is fooling me when she insists it's vegan. If this was a blind tasting, I would have never guessed this is a dairy-free product; the texture is so on point, and the herbed breading and accompanying zesty marinara combine to make this the quintessential example of a mozz stick. This vociferous vegan cheese hater stands corrected. 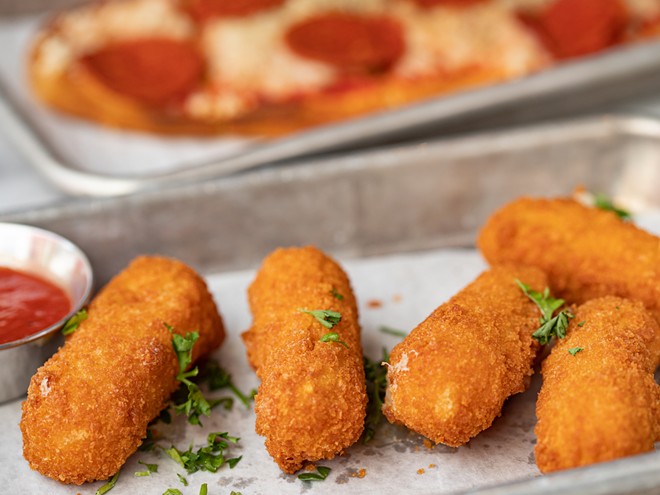 Mabel Suen
The mozzarella sticks are hand rolled, fried and served with marinara.

Those same feelings carry over to the potato skins, Kwan's admitted nod to TGI Friday's that pair the easy comfort of halved potato boats with vegan cheddar-jack cheese, sour cream and bacon. Like the mozzarella sticks, these capture the easy comfort of the sort of appetizer sampler platter you nosh on while shooting darts at the pub.

Brussels sprouts, crisped perfectly without going over the edge to burnt, are tossed in a tangy vinaigrette that cuts through the vegetable's earthiness, while vegan Asiago coats them in a pleasant nuttiness. The dish is the sort of side you'd find at a modern barbecue spot, as are the burnt ends, which are coated in a delectable sticky sauce with sweet cinnamon undertones. In place of animal protein, Kwan uses a plant-based product that does a nice job capturing the pull and chew you get from pork or beef; the caramelization you'd get from the Maillard reaction just can't yet be reproduced in a non-meat product (I'll die on this hill), but this captures the essence of the other building blocks of barbecue flavor. 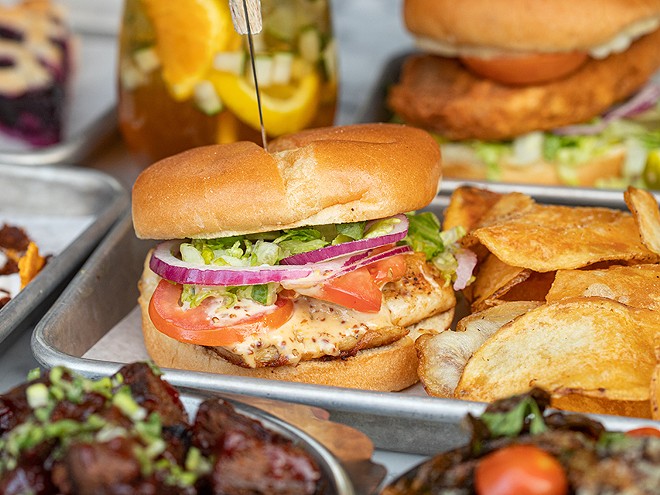 The foil-wrapped Station Burger gives diners the thrill of diving into a big, greasy fast-food burger without the disappointment that comes from eating unwholesome garbage. Over the years at Frida's, Kwan has perfected her beef sub-in — long before impossible burgers were a glimmer in a food scientist's eye. The result of her efforts are a well-seasoned patty akin to a smash burger, which is adorned with shredded lettuce, tomato, pickles and a creamy pub sauce akin to the Thousand Island you get on a Big Mac. Here, though, Kwan adds wonderfully, mouth-tingling heat with jalapeno slices that cut through the decadence.

Station No. 3 is not exclusively vegan, or even vegetarian, however. Kwan calls her menu flexitarian and serves a handful of turkey and seafood dishes, like a warm-spiced turkey burger that tastes as if she compacted the Thanksgiving experience into a single ground patty. Her barramundi sandwich, too, is a wonderful offering, calling to mind the sort of fresh grilled fish sandwiches you'd eat at a dockside bar in south Florida. Dressed in crisp lettuce, pickles, onions, tomatoes and a zesty horseradish dijon sauce, it's an outstanding example of how something can be at once healthful and immensely satisfying.

Enjoying that sandwich on a lovely fall evening as flames from the firepits illuminate the gorgeous patio, you can't help but feel that Kwan, with Roloff by her side, was meant to operate this lovely space — as the photo of her grandparents hints, it was a matter of fate.