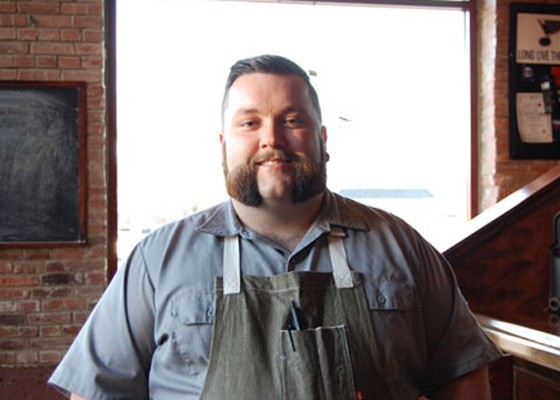 Chef Rick Lewis is leaving Quincy Street Bistro, a restaurant that has been synonymous with his name after he took over in 2012. Since then, he's racked up a James Beard Award nomination and tons of accolades. It stands to reason, then, that Lewis would want to start his own place. He's joining Mike Emerson of Pappy's Smokehouse to open Southern.

Southern will be a fast-casual restaurant (are we seeing a trend here?) adjacent to Pappy's at 3108 Olive Street. The menu will feature Nashville-style hot chicken, which is fried chicken that's marinated, seasoned, fried and sauced with a "spicy paste" using cayenne pepper. It's usually served atop white bread with pickles.

"The chicken is a big part of what we will be doing, but we're also excited about the curing room and charcuterie," says Emerson. "We've been wanting to do these things for a while, but it wasn't until we had Ricky that we could. He brings the knowledge to do these things."

The menu will also feature bologna and other Southern staples. Quincy Street will go on, of course, with chef Chris Tirone at the helm, who has been taking on more responsibilities since Lewis had hip surgery last year. There's no opening date for Southern yet, but when you put two powerhouses like Emerson and Lewis together, we have a feeling it will be one of the biggest openings of the year.

"We're just really excited to have Ricky. His talent, his attitude, the way he takes care of people -- sometimes I want to check his DNA to make sure he is for real," Emerson says. "The way I see it, it's like BB King playing with Dave Grohl."