Welcome to Girl Walks into a Bar, a weekly Gut Check feature that spotlights local bars and bartenders. This is part one of Alissa Nelson's two-part profile of Bleeding Deacon bartender Ryan Wilmsmeier. Part two, featuring a Q&A with Wilmsmeier, will be posted here tomorrow. 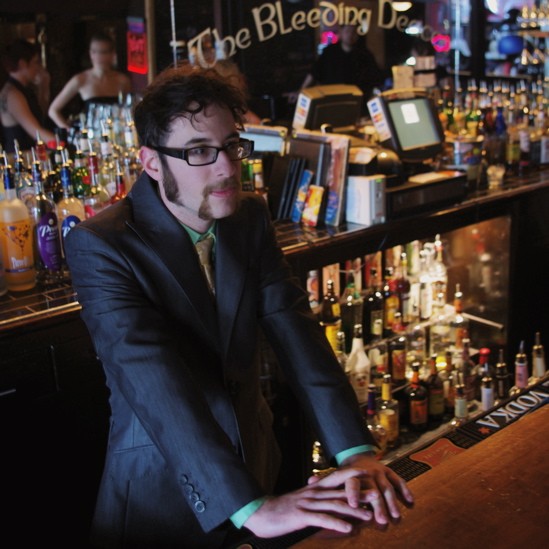 How hard is it to break into bartending? Not so hard, if you ask Ryan "Burns" Wilmsmeier, who for the past seven months has plied his trade behind the bar at the Bleeding Deacon. "I had a job for almost six years, but I was sick of it," he says. "So I started looking for a job as a busboy, but who wants to hire a 25-year-old busboy?"

Well, the Bleeding Deacon hired one. But after only a few months as a bar-back and a server, Wilmsmeier was ready for the big time.

"It's a fun place to work," Wilmsmeier says. We get a good crowd, not a lot of jerks. Most of our business is from neighborhood people, coming from three or four miles away [at the most]."

Wilmsmeier has taken to inventing new drinks when the bar is quiet, and shifting from drinking mostly beer to advocating for the Manhattan. For this past spring's Iron Fork competition, he created a variation called the Uptown, made with peach Stoli and Old Overholt rye.

Click through to see a video of Wilmsmeier mixing a classic Manhattan cocktail.

If you know of a bartender who's deserving of a profile, e-mail [email protected].