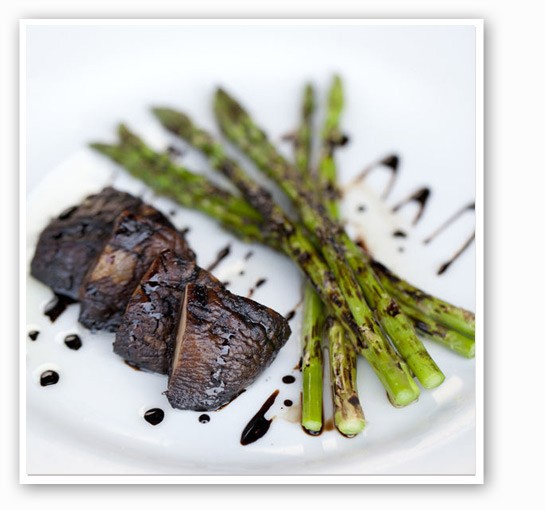 Michael del Pietro is at it again. The restauranteur behind Tavolo V, Sugo's Spaghetteria, Babbo's Spaghetteria and Via Vino is gearing up to open the Salted Pig in Frontenac at the former site of Frontenac Grill (731 South Lindbergh Road).

"I opened up three [restaurants] last year, so I guess I have to open some this year!" del Pietro jokes.

Del Pietro took over the space in July. Back then he had yet to name the new restaurant, but knew that it would wouldn't be Italian, like his other eateries. He says Salted Pig will focus on southern food like barbecue and fried chicken, dressed up a bit for the Frontenac crowd.

"That's where the bourbon and wine and local beers come in. It's not going to be a barbecue shack," del Pietro says.

The decor will use a lot of reclaimed wood (as do some of his other restaurants) and reclaimed metal for the table tops. Salted Pig will also have a garden outside to grow seasonal vegetables and herbs for use at the restaurant.

As for the chef, del Pietro is partnering with Ken Dennison, who is currently executive chef at DC's Smokin BBQ, a small catering company and barbecue competition team.

"He's a pretty exciting man, and very knowledgable as far as cooking's concerned," del Pietro says. "We just have a really good rapport."

The menu isn't completely finished, but Dennison says that bringing southern comfort food and farm-to-table freshness together with barbecue is really a new concept.

"If you go to a barbecue restaurant, that's all you're gonna get, and your sides may be canned or come pre-made. We're doing everything we can to prepare it each day, to keep it very fresh and at a good price," he says.

Besides barbecue and fried chicken, the Salted Pig will have a fresh fish item of the day, braised chicken, steak, barbecue shrimp and a bone-in pork chop which will be a little reminiscent of when del Pietro was at Portabella. Dennison also teased us with one of the appetizers: fresh homemade chips with pulled pork, cheddar cheese sauce, and white truffle oil.

Dennison's wife, Cheryl, who co-owns DC's Smokin' BBQ, will also take charge of all of the catering for del Pietro's restaurants, not just the Salted Pig. As of now, del Pietro is eyeing a mid-December opening.

"I've always wanted to be involved with and work with a team of great restaurant people," Dennison says. "To work with Michael -- I bring the barbecue knowledge and he brings so much of the restaurant knowledge. It was the perfect fit for us."