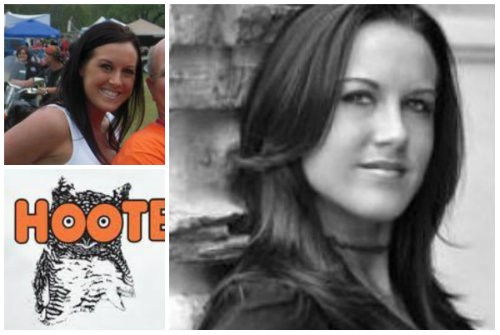 Myspace
Sandy Lupo says Hooters discriminated against her for having a surgical scar.

Sandra Lupo knew something was seriously wrong when she suddenly felt a numb, tingling sensation running along the left side of her body down to her toes. After she was admitted to the emergency room, a series of tests revealed a mass in the right side of her brain that had burst and was bleeding inside her skull. Doctors told her that without immediate surgery to remove the clot, there was a chance she could die.

Lupo, who'd been a waitress at the St. Peters location of Hooters since 2005, says she called and told her bosses that she was about to undergo into brain surgery. The procedure, which required drilling holes into and opening the skull, meant Lupo's long dark hair would have be shaved off.

According to a lawsuit Lupo filed last week in federal court, her manager told her she could wear jewelry or a knitted cap to soften the look, then return to her usual shifts. Lupo was waitressing to put herself through nursing school, and with only six weeks until graduation, she needed the steady income. Her hair, she says, went to Locks of Love.

The operation was a success, and two weeks later Lupo was cleared to return to work. But when she walked back in the doors at Hooters sporting a quarter-inch buzz cut, she says, management didn't like what it saw.

"I tried to on the first day, but they pulled me aside and said, 'No,'" she says.

Lupo's suit claims that a regional manager for Hooters happened to be there that day and informed her that she had to wear a wig. Her usual manager eventually agreed, saying the decision to make her wear a wig had come from higher up the corporate food chain.

Lupo says she tried to borrow a friend's to wear but found it painful. She says when her regulars requested she remove the wig to show them her real hair, she was pulled aside and admonished.

"It prolonged all the healing. It put it at a greater risk," she says of wearing the wig for a shift lasting from 10 in the morning until 4:30 in the afternoon. "There was a risk of infection."

Lupo's suit says she finally declined to wear a wig.

Click through for a response from Hooters and a copy of the lawsuit.