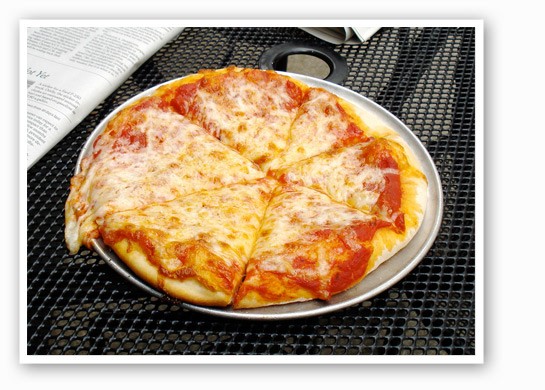 Straight from Columbia, MO to our bellies. | The PIzza Review

Shakespeare's Pizza (225 South Ninth Street, Columbia; 573-449-2454) is one of the first places you go as a brand-new Mizzou student. Sure, you can't drink yet, and you probably have a weird roommate. But once you order a piece of that cheesy pie, you feel like a true Tiger. In fact, Mizzou alums routinely drive in from St. Louis and Kansas City to pick up a slice or three. A few St. Louis Schnucks locations started carrying the Columbia treat two years ago, but now the grocery chain is expanding that list even more due to customer demand.

"It's fantastic, the following this pizza has," Schnucks' communications director, Lori Willis, tells Gut Check. "It's always our intent to make sure our customers have the fun things that remind them of home, and certainly the Mizzou alumni in the area have responded to the pizza very, very well."

Shakespeare's has been in business for 40 years, but they started making frozen pizzas about ten years ago for stores in the Columbia area. Shakespeare's Jason Wehmeyer says that the frozen pizza is so good because of the quality of ingredients -- all are prepped that day, and the crust is handmade. He even suggests putting the pizza on the grill instead of in the oven.

It's not available at all locations, yet, though, but Willis says Schnucks is listening to demand. "We're offering the pizzas based on customer requests. As those requests come in, we find the space to carry that pizza in those locations." When Gut Check was dismayed to learn that our local Schnucks wasn't one of the lucky eleven stores, Willis suggested letting the manager know we want Shakespeare's. "As the requests are made, we do act on those," she says.

Is your store on the list? If not, you can also order frozen Shakespeare's Pizza online here or get them at Straub's (all locations).