The basic idea is to make locally grown produce more accessible. As Lightfoot says in this TED talk, BrightFarms aims to cut down on the greenhouse gas emissions that traditional farming and cross-country trucking require, and to stop breeding crops that sacrifice flavor for transportability. Hydroponics means the plants are grown in a nutrient-rich water bath as opposed to soil. 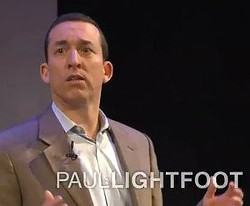 The Schnucks deal is the fifth such partnership for BrightFarms. They've already broken ground in St. Paul, Minnesota, for a deal with SuperValu and in Pennsylvania, with the McCaffrey's chain.

"We pursued St. Louis largely because we sort of fell in love with Schnucks," says Lightfoot.

Mike O'Brien, the vice president of Schnucks produce, estimates that his stores' stock is about 20 percent locally-sourced in the summer. In the winter, that figure dwindles to two or three percent. He says the BrightFarms project will help him make those figures more robust.

"We're reacting to the demand of our customers," says O'Brien. "Our customers are more interested in where their food comes from."

BrightFarms is also offering quite a deal. They find the site, build the greenhouse, employ a local farmer and about five additional greenhouse attendants, grow the crops, and bring them to the stores. All Schnucks has to do is commit to buying the produce. Lightfoot says he expects to have a site picked out by the end of the calendar year, with a groundbreaking by March.