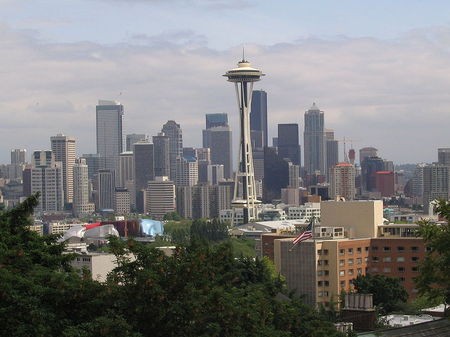 User "Spmenic," Wikimedia Commons
Our sister paper Seattle Weekly reports that the 5-Spot, a Seattle restaurant that rotates its menu among regional cuisines, is currently offering a board of St. Louis food: fish fries,T-ravs, slingers -- but no Provel. Apparently the restaurant's general manager and assistant manager both hail from the Gateway City.

Amazingly, general manager Rich Gantner also hails from St. Louis (the suburb of Florissant, to be exact). It was Gantner's idea to celebrate his hometown cuisine atop Queen Anne, but he made the curious decision to leave perhaps the Lou's most polarizing delicacy off the menu, that delicacy being Provel cheese.

"We looked at bringing it in, but I don't know that it would be received up here in the Seattle market," explains Gantner. "It's essentially processed cheese, and we try to keep things wholesome and natural."