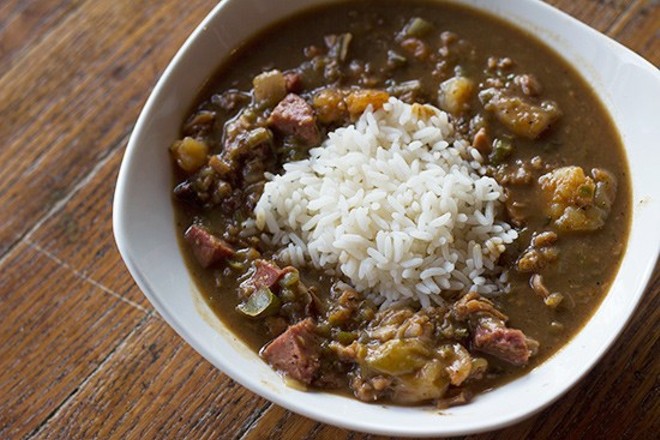 PHOTO BY MABEL SUEN
Sister Cities' gumbo is again on offer, with the restaurant opening in a larger new location in Marine Ville.
The month of June was not without sad news for the restaurant scene. Iron Barley is leaving the city for a new home in High Ridge. And Cicero's, the longtime anchor of the western edge of the the Loop, has officially called it quits.

But though those two St. Louis institutions will surely be missed, other exciting new options opened, reopened or retooled their menus. Now you can get wine on tap at Bissinger's. Now you can again get amazing Cajun (and barbecue) in deep south city. And oh hey ... now you can get Chinese food for $1 a scoop in Overland. Did we mention that happy days are here again?

If we missed anything, just let us know in the comments.

See also: I Ate Everything on Dollar Express Chinese's Menu

See also: Scapegoat Closes, Bonobos to Open in the CWE