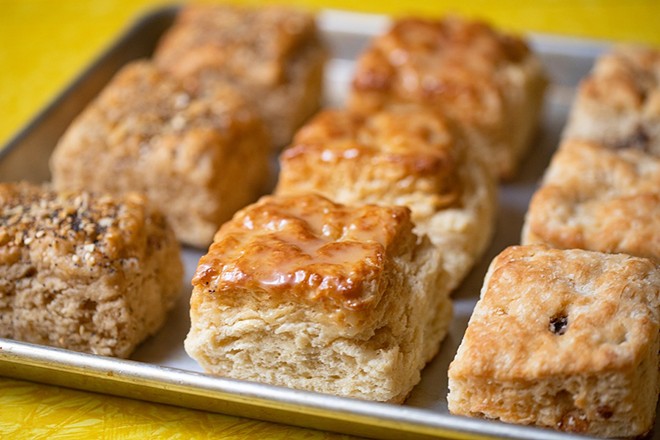 The month of October may have been peak Spooky Season, but there was nothing scary about the hustle and bustle happening in the St. Louis restaurant scene. The month's biggest news came courtesy of Ben Poremba, who was the latest big-name industry player to take over one of iconic restaurateur Zoë Robinson's Wydown properties. His latest project, the Spanish-inflected Bar Moro, replaces Robinson's beloved Billie-Jean, helping to further solidify this stretch of Clayton as one of the region's most thrilling dining destinations.

However, Clayton was not the only place of action this month. Kirkwood saw additions to its restaurant scene in the form of Honey Bees Biscuits + Good Eats, the wildly popular food truck that opened its first brick-and-mortar location in the heart of the town's bustling downtown. Salt + Smoke also brought a beloved brand to the neighborhood with its food counter spinoff, Oh Hey! Barbecue. Not far down Manchester Road, another spinoff, A Little Hi, brought the winning formula of Hi-Pointe Drive-In, in a smaller format, to Ballwin.

Though the news was mostly good this month, there was still one closing to report. Love At First Bite, a takeout spot that made a name for itself with its lobster-topped fries, served its last guests. It remains unclear what the future holds for the concept and owner Jason Lamont, a longtime chef who has put his stamp on a host of St. Louis area restaurants.