For 15 years, Ana and Refugio Vazquez have delighted with sweets and breads baked with love 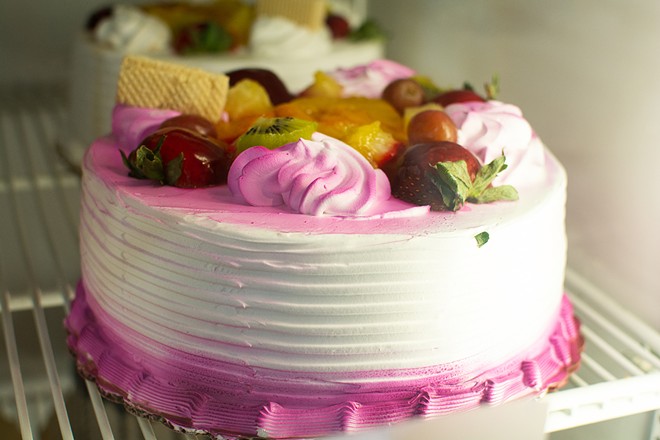 Andy Paulissen
For Ana Vazquez, hearing customer’s stories of special events is the best part of the job.

If you've been to Diana's Bakery (2843 Cherokee Street, 314-771-6959), you've interacted with Ana Vazquez. Bubbling with passion for her customers and the delectable cakes, breads and pastries she and her husband, Refugio, sell out of their Cherokee Street storefront, Vazquez is the face of the business many see as the city's definitive Mexican bakery. That's why it's not uncommon for people to wonder why the business is called Diana's, and not Ana's Bakery.

"Before we started the bakery, I had two boys — eight and six — and a baby girl, Diana," Vazquez explains. "We put her name on it, not just because she was the little girl, but because when I was pregnant with her, I couldn't work because of health reasons. I was bored at home and decided to start baking. That's when I started selling tres leches cakes out of my home and how we started making money that we were able to save up and open the bakery."

Fifteen years after welcoming their first guests into Diana's Bakery, Vazquez cannot help but marvel at what she and Refugio have created, even as hindsight has made her understand it was their destiny. For Refugio, the bakery seemed especially fated. The son of a baker, Refugio left his San Francisco high school at the age of 17 to pursue the craft himself, picking up behind-the-scenes skills like cleaning trays while working for a local shop. He returned to his native Mexico for a few years, then came back to the United States — this time to Chicago, where he dug much deeper into the baking industry and developed his skills working for area shops. 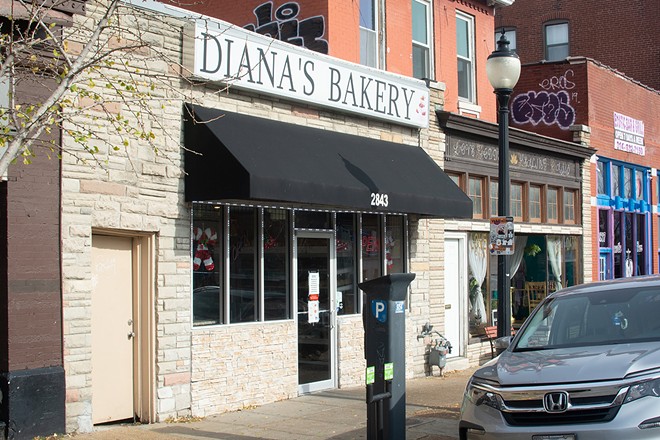 Around that time, he met Vazquez, who was unsure of her own career path. Though she considered becoming an immigration lawyer, she never seriously pursued that field and instead got a job at the grocery store where her husband worked after the two moved to St. Louis. While he baked bread and cakes for the store, Vazquez took care of the customers and quickly realized she had a skill for customer service. Her boss, the store's owner, noticed it too.

"He told me that he loved the way I took care of his customers, and that his sales were getting better because I took my time with them and would go around the store to help them and let them know when the fresh bread was coming out," Vazquez recalls. "He was a good guy — very supportive of us."

Eventually, the owner's compliments turned into a business proposition. With sales booming and the store's bakery set up in a different building, it was becoming difficult for him to manage both facets of the operation. He believed that the Vazquezes had what it took to successfully run the bakery on their own, so he offered to sell it to them. 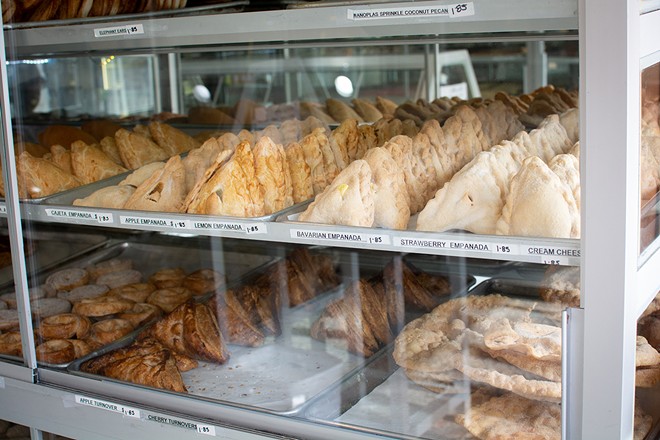 Andy Paulissen
Ana Vazquez got her start working at the bakery, eventually buying it.

At that point, Vazquez was hungry to go back to work following her difficult pregnancy with Diana. She was also confident in their ability to run a successful bakery business, thanks to the response she'd gotten to the cakes she'd made while she was pregnant. Selling her signature tres leches and flan on the side while she had to take extended maternity leave gave her and Refugio the money they needed to purchase the business from the grocery store owner. Still, she was unsure if they were ready to take the leap.

"I was excited, but at the same time I was scared, because I was putting all of the money we'd saved for years into the bakery and didn't know that we would get it back or lose everything," Vazquez says. "I didn't have a second job; my husband did, but I was still scared because we'd just bought our first house. I had a lot of faith that God was going to help me and guide me and tell me where to go and what to do."

Andy Paulissen
Everything at Diana’s is made from scratch.

Vazquez admits that she and Refugio started out slowly, stocking their shelves with bread and just a couple of cake varieties. In no time, they began carrying four different types, then doubled their offerings again as customers clamored for additional sweet treats. She credits their cooking for much of their success and is especially proud of her flan, a recipe she painstakingly created in order to make the dish less sweet than what she was able to find in other shops. She also believes their tres leches cakes stand out because they make everything from scratch and do not rely on store-bought mixes like a lot of other bakeries.

However, Vazquez understands that customers are loyal to Diana's Bakery for reasons that go far beyond the delectable goods in the pastry cases. As she did at the grocery store where she started out as a cashier all those years ago, Vazquez makes sure to greet every single patron, welcoming them in with genuine warmth and then helping them figure out what to buy. She asks questions, offers samples and gets to know her regulars' preferences; all the while, Refugio and their team of dedicated bakers hold down the back of the house, creating the breads, cakes and desserts so many St. Louisans have come to see as essential parts of their celebrations. 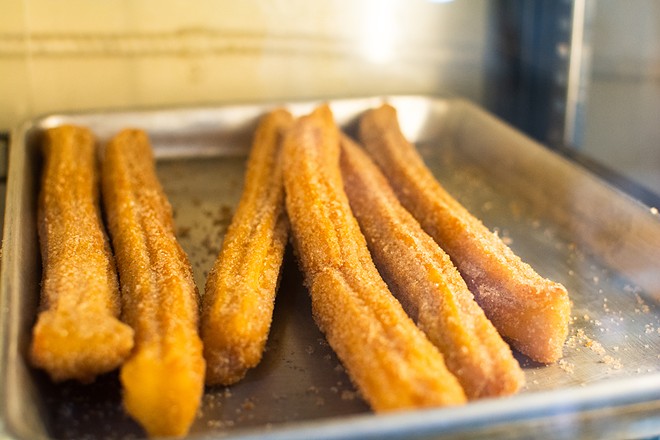 Andy Paulissen
The Vazquezes started out slow and added to their offerings over time.

For Vazquez, hearing the stories of those special events and memories is the best part of the job and what makes her realize that, by bringing joy into the lives of so many people, she and her husband are exactly where they are meant to be.

"Whenever people come to us and say, 'I love the cake you make for me,' or, 'My birthday boy or girl was so happy; they loved it and my guests loved it,' or 'This is the best bread ever,' it makes me so happy," Vazquez says. "It really wakes me up and makes me think, 'OK, I have to make another family happy.' When a mom or a dad comes in with little kids, and I offer them a cookie, I can see on their faces that we are sharing with them something that they love. That's what it's all about."