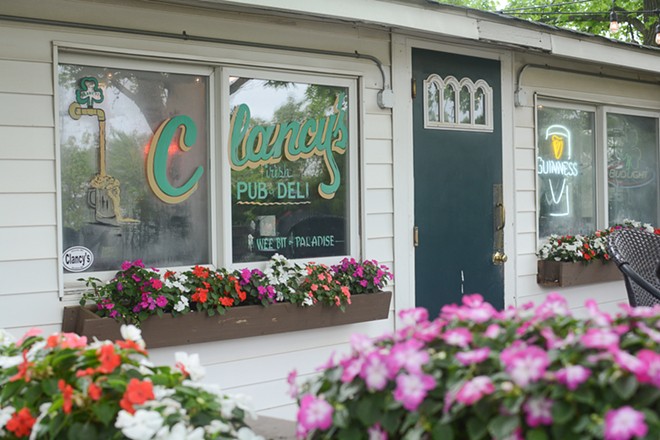 Olivia Clancy can think of one reason that Clancy's Irish Pub (40 Old State Road, 636-391-6154) has lasted four decades. "We are so stubborn," the co-owner says with a laugh. "The Clancys are the most stubborn people you'll ever meet in your life. They're too stubborn to give up."

Throughout the years, that stubbornness has kept the doors open. In the hands of the Clancy family, the establishment has become a classic watering hole, a place where people go to drown their sorrows or meet up after little league games.

The Ellisville bar and grill, tucked away from the hustle and bustle of Manchester Road, opened in 1982 in the family's former summer property, developing into its current iteration over the generations. It all began with Timothy Clancy, who immigrated to the U.S. from Ireland in 1850. He and his wife Mary settled in north St. Louis city and opened a butcher shop called Clancy's Market at 4011 Garfield Avenue. 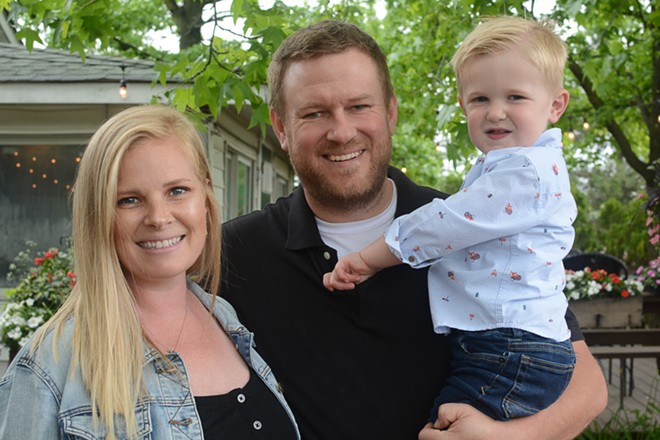 Their son Frank Sr., a retired cattle buyer, and his wife, Lottie, headed west and bought a sizable parcel of land in the newly incorporated village of Ellisville in 1933, where the pub now stands, to build a summer home. In the 1970s, their son Frank Jr. ran an antiques and hardware store in the space until his son, Frank III, added a butcher shop onto the back of the original house. In 1982, he debuted Clancy's Irish Pub in what was the original house.

Clancy's became an Ellisville stalwart over the ensuing years. Parents would bring their kids after baseball and softball games at the nearby ballpark, and locals found it a comforting refuge after the nine-to-five grind.

Olivia, who attended the same schools as the Clancy kids, recalls how she often ate at the establishment with her family. She began working at Clancy's five years ago, where she reconnected and then fell in love with her old classmate Nick; they're now married with three kids. Nick and Olivia bought Clancy's from his parents in April 2021 so they could retire.

"We'd been talking about it for several years, and when COVID hit, all signs pointed to [it being] our time to step up to the plate," Olivia says. Matt and Angie had moved about an hour away, and with pandemic restrictions and dwindling staff, it was increasingly difficult for them to manage Clancy's. Nick and Olivia took the plunge. 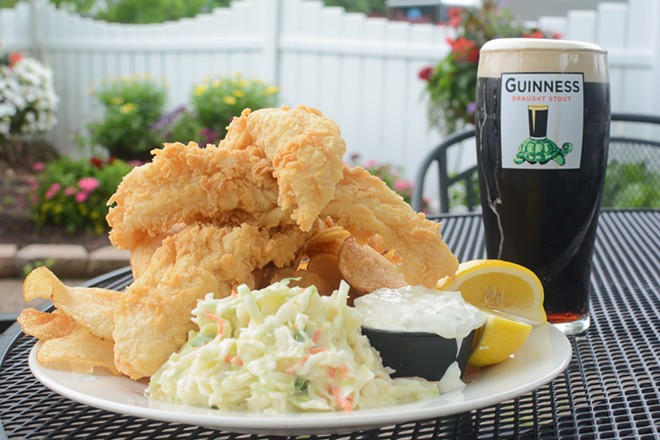 At one point, they were the only two employees: Nick in the kitchen and Olivia taking carry out orders with the kids next to her in a Pack 'n Play. The pandemic made it incredibly difficult to keep the business going, especially when indoor dining was banned. But that Clancy stubbornness kicked in, and the two kept the business afloat.

The couple began making changes as soon as they took over, but longtime customers don't need to worry — it's still the same Clancy's.

"There are changes that we notice, and I'm hoping other people notice them, too," Olivia says. She points to several of the classic elements that they'll retain. "We're really big on keeping the charm and the character, like the original floors. I would never change the original floors."

There's a smaller menu right now due to food supply chain challenges, but staples like Clancy's burgers, fried bologna sandwiches (a favorite of Great Grandma Clancy) and fried fish dinners remain. A particularly inventive pick is a twist on Clancy's famous Bavarian pretzels stuffed with hard salami and American cheese: The Irish Bites are instead stuffed with corned beef and Swiss cheese and served with Thousand Island sauce. 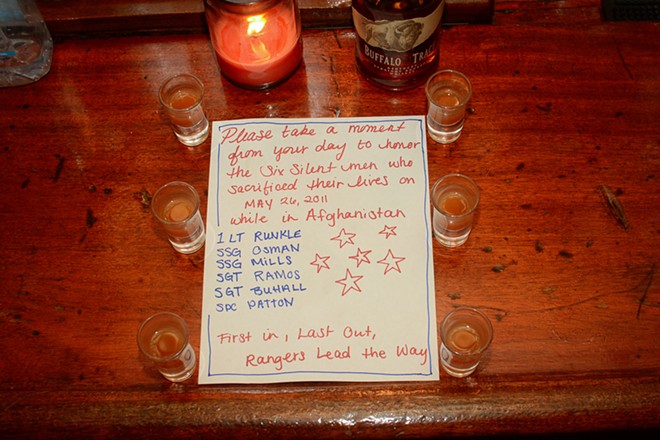 They also took on some property maintenance improvements and installed all new furniture on the expansive patio. They've also expanded the whiskey and beer selection, with Clancy's Irish Red by O'Fallon Brewery on tap next to Jameson Caskmates, which is finished in stout barrels. Plus, they installed new TVs.

Another investment was marketing. Clancy's isn't really visible from Manchester Road, so Nick and Olivia launched a Clancy's website and spent a lot of time learning the best times to post on social media and what types of pictures boost engagement.

"I can't tell you how many people come in the bar and they're like, 'We've lived here 20 years, we've never been here!'" Olivia says. "We're small. We don't have big signs and lights, and we're kind of tucked away. But those are our favorite places. We love going to those types of places."

One business decision they had to make for their family was to only operate Monday through Friday. Olivia realizes that's unusual for a restaurant, and the business model doesn't work for everyone. But with small children, it was really their only option; Olivia says the incredible staff at Clancy's doesn't mind having their weekends, either.

Nick and Olivia were also able to incorporate their first business, the Tipsy Clover, an old horse trailer they retrofitted into a mobile catering trailer for use at events. With the restaurant closed on Saturdays, it's also available for private events on the weekends.

"We really don't feel like it's our business," Olivia says. "This business belongs to the future generations of Clancys. We're just caretakers. We're just doing our part to keep it open until the next [one] takes over. [Clancy's] is more than our family in this period of time. We have to do what we have to do in order to keep the business open so that we can pass it on to my kids and their kids."