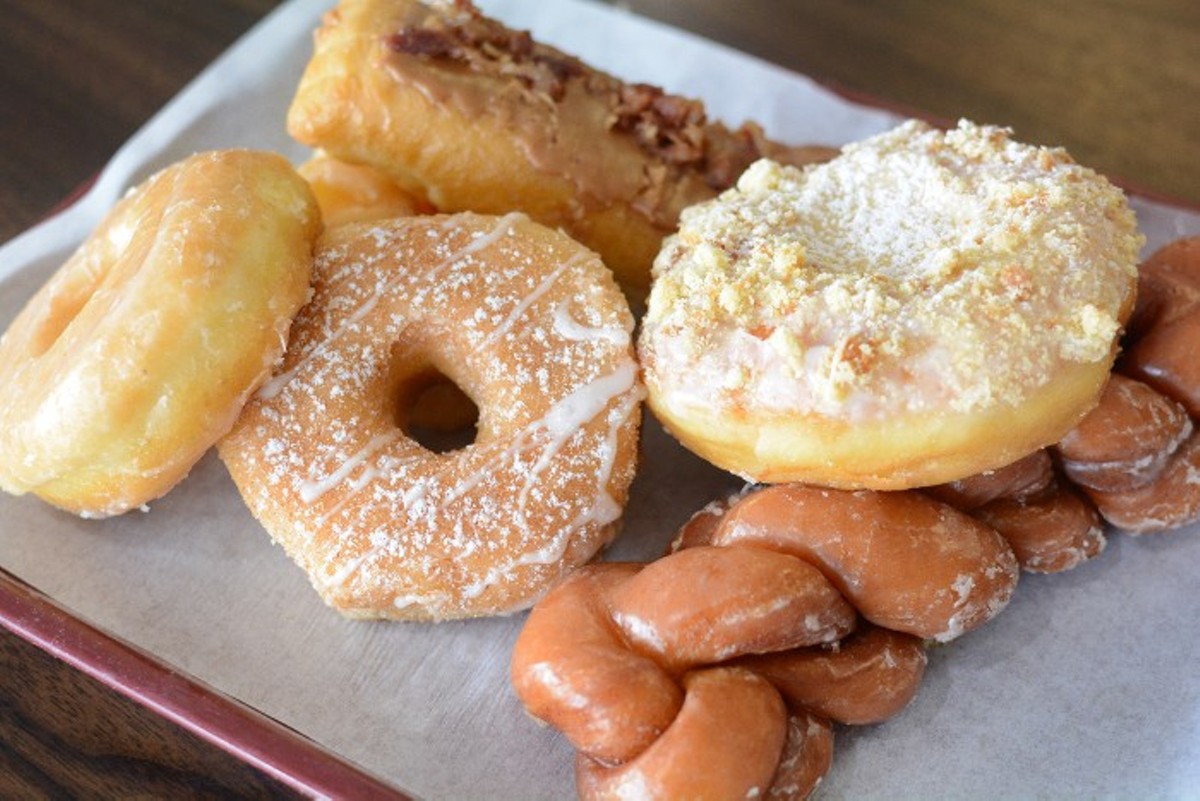 Old Town Donuts has been using the same recipes since it opened in 1968. ANDY PAULISSEN
click to enlarge 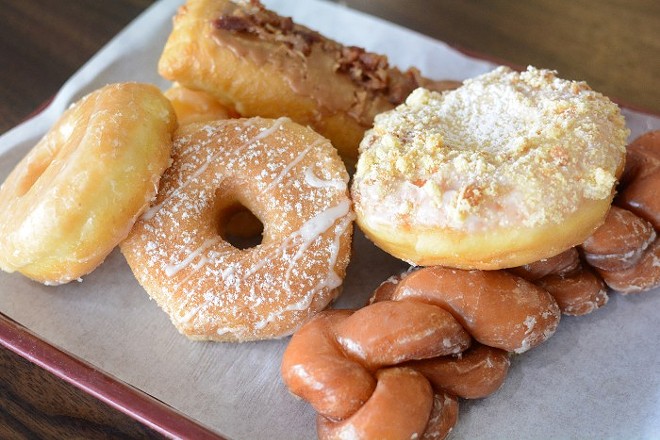 ANDY PAULISSEN
Old Town Donuts has been using the same recipes since it opened in 1968.

As a young kid growing up in north St. Louis County, Brad Donovan never expected to win the stepdad lottery and wind up related to the owner of Old Town Donuts. The shop held such a special place in his heart, starting with his and his mother's tradition of going there every Sunday after mass at Our Lady of Fatima, where she was the music director. His favorite was the classic glazed — something he'd get much more acquainted with after his mom tied the knot with the shop's proprietor.

"Never in a million years did I think she would marry the owner," Donovan laughs. "They met through Rotary club and got married when I was seventeen. That's when I started working there, and I think it speaks to the institution that we are — that we're a family place. People tell us similar stories all the time about coming here when they were little kids with their grandparents. We all have those memories."

A Florissant institution since 1968, Old Town Donuts is indeed animated with the memories Donovan hears every day from longtime customers who come in to grab a cup of coffee and what many say is the best doughnut in the St. Louis area. Granted, not everyone can say that they are the stepson of owner Keith Took, but family relation isn't a requirement to feel special at this north-county mainstay. Every last person who stops in has some type of connection to the place, many of which stretch back to the old days when the original owner, Steve Burns, first set up shop. 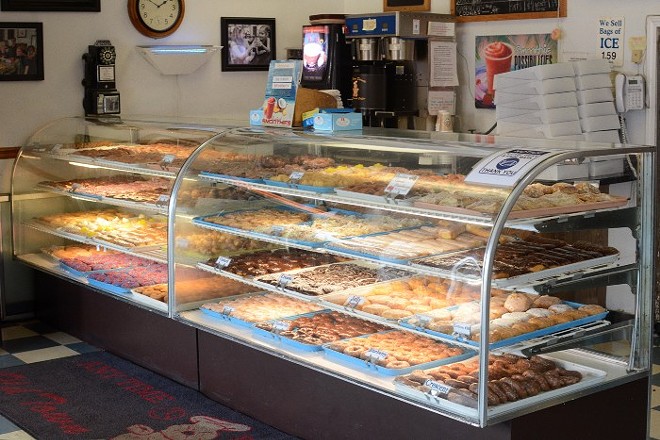 Part of the reason for that connection, Donovan believes, is how little has changed since 1968. Even after Took bought the shop in 1985, the place remained exactly the same as it was under Burns. There's been little in terms of aesthetic updating; the cream-and-black checkered floor may be a little more worn than it was in the '60s, and the simple diner tables may have been replaced over the years, but the case, Formica counter and framed awards dotting the walls do not simply evoke an old-fashioned doughnut shop; they are the trimmings of the real deal.

Since opening more than five decades ago, Old Town Donuts has been a mainstay of the community as much more than a place to grab sweet treats. The shop is involved in several different organizations throughout the municipality, and donates to local charities such as Marygrove, which helps teens and young adults who have experienced trauma. However, it's the role it has of community gathering place that has secured its spot in the hearts of area residents. On any given day — the place is open seven days a week — you'll find grandparents with their grandchildren, people coming to and from work, moms with toddlers meeting up for a bit of respite, and, of course, the ever-changing yet constant group of senior-citizen men who stop in every day for a doughnut, coffee and catch-up time with their friends. 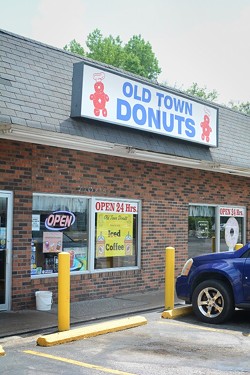 ANDY PAULISSEN
Old Town Donuts has been a Florissant institution since 1968.

"Ever since I started, we have this group of retirees that comes in every single morning to sit down, have a coffee and shoot the breeze," Donovan says. "It's their daily routine, and, sadly, it's always evolving because some of the guys have passed away — we still have World War II vets in the group — but even if it's not the same guys, it's always still the same."

Donovan says that he's had a few requests for changes over the years, but that's just not in the cards. Though Old Town Donuts never felt pressured to jump on the gourmet-doughnuts bandwagon a few years ago (in fact, he says that business actually improved during that trend), he's had customers inquire about whether the shop would start serving breakfast or doing sandwiches. As he explains, they'll be waiting a long time for those changes. 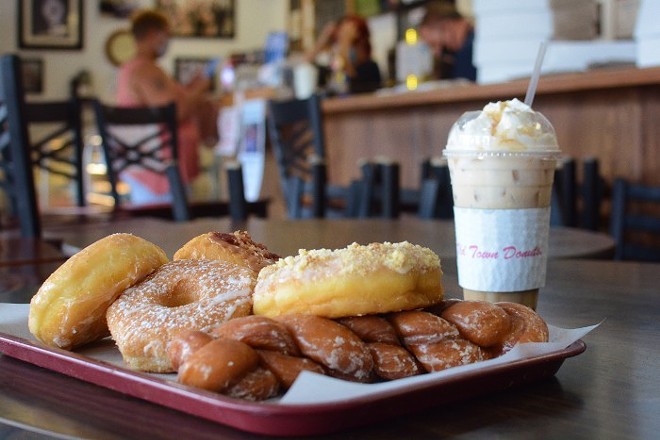 ANDY PAULISSEN
Regulars at Old Town Donuts say it's the best in town.

"We're a doughnut shop," Donovan says. "We do doughnuts the way we want to do them, and that's all we want to do."

Still, he doesn't think that resistance to change is a bad thing. In fact, that sort of staying power — 24 hours per day, seven days per week, 364 days per year — is why Old Town Donuts always has been, and will be for as long as he has his way, an essential part of the Florissant fabric.

"I think a big part of it is the reliability of always being here," Donovan says. "We're always, always, always open. You want a donut at 3 a.m.? We're here. You want a cup of coffee in the middle of the night? We're there for you. I think that has gone a long way to put us in people's minds when people are in north county."