The Southampton institution is a legend for its brunch, pastry case and gooey butter cake

Andy Paulissen
Russell Ping bought the Russell’s on Macklind location after the coffee shop that was there, Murdoch Perk, closed.

Russell Ping will never forget the frenzy that happened every Saturday and Sunday during brunch hours shortly after opening Russell's on Macklind (5400 Murdoch Avenue, 314-553-9994) in 2013. Though the restaurant was built to be a casual, counter-service bakery and cafe with open seating, the sheer volume of people packing the place meant that there was not enough table real estate to accommodate. It was a sign he and his wife, Emily, had made the right decision to open a spot in their Southampton neighborhood. But it also called for special measures.

"When we first opened, the line would go from the counter all the way out the front door and into the street," Ping recalls. "Our manager Faron [Huster] would be walking from person to person, trying to help. He'd tell one person he would take their purse and put it on a table as soon as it became ready, then move to the next and do the same thing. That's just how it went in the beginning, and really, it dictated the way our business evolved."

Since those early weekend days, Russell's has indeed evolved from the vision originally sketched out by Ping and his mother, Kate, 16 years ago. A culinary school graduate who spent time in a variety of upscale restaurants, Ping dreamed of opening a restaurant of his own, albeit a different one than his resume would suggest. Instead of a fine-dining, dinner-service spot, Ping envisioned a simple cafe and sandwich shop that would serve familiar, approachable food done exceptionally well. Though such establishments are now commonplace, they were few and far between when Ping began to think through his idea. It seemed like a hole in the market he could fill when he was ready to do so. 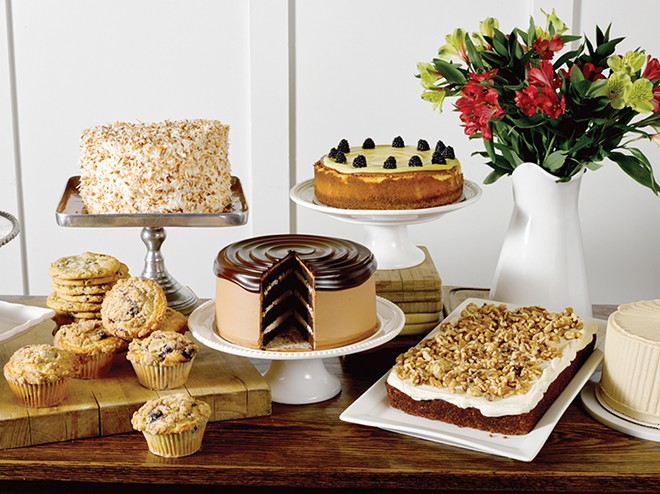 That opportunity came by chance much earlier than he'd expected. Around 2006, Ping was looking to move on from his job at a bed and breakfast but had no immediate plans for what would follow. When his mother's longtime workplace, Casual Corner, went out of business, they both saw it as an opportunity to chart their own course.

"I was over at my parents' house for dinner and got to chatting with my mom," Ping says. "My mom had all this retail and customer-service experience, and I had my own customer-service and food experience. I was really young, but we figured we'd take a little bit of time, find a cheap spot, do our own thing and see if it works."

The two of them opened the restaurant in 2006 in a small, 16-seat Fenton storefront, not far from where Ping grew up. They began with a small menu, a selection of baked goods and some simple yet elegant cakes, hoping that people would respond favorably to their project. It didn't take long for them to get that confirmation.

"I had these cakes in the pastry case and remember crossing my fingers that people would spend money on good stuff,' Ping says. "Then we sold our first nine-inch round cake, and I was like, 'OK, people will actually buy them.'" 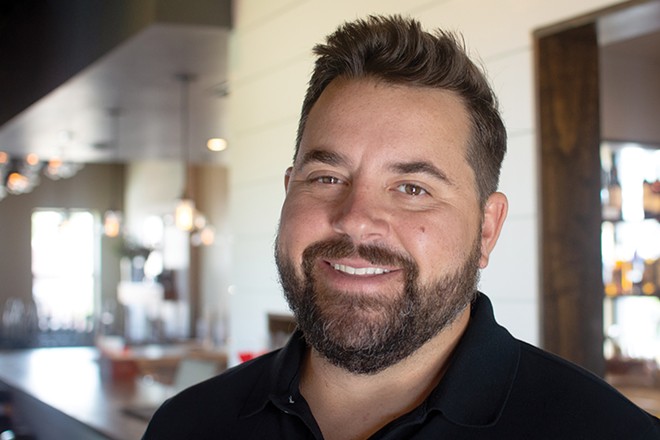 After a few years in business, Ping and his mom decided to invest in a second, larger location not far away from their original, doubling the size of their space while also doubling their sales. Around that time, Ping and his wife, Emily, were settling into their Southampton neighborhood, where they'd become regulars at a corner cafe called Murdoch Perk. The small spot was Ping's coffee stop on the way to work in Fenton until one morning when the space was dark and a For Sale sign hung in its window. The Pings thought it would be the perfect spot, so they purchased the building and opened their doors to a very welcoming neighborhood in 2013.

"We really wanted to see what the neighborhood wanted and use our knowledge and experience as a brand from Fenton and evolve it," Ping says. "It's definitely changed since we opened. Some things worked and some things didn't, but we listened to the community and gave them what they wanted. Of course, you can't give everyone what they want, but you learn where to draw lines and do the best at what you are doing."

That neighborhood input has resulted in today's Russell's on Macklind, a quintessential neighborhood gathering place that may not technically be located on Macklind Avenue but whose full-service brunch is one of the area's most popular weekend traditions. Brunch is one of several ways the corner eatery has grown in its nearly decade in business. Though the Pings never intended to open a sit-down spot, Russell Ping describes the situation as arising naturally due to demand and the space itself, which was remodeled a few years after it opened to include an upstairs bar and updated patio. As Ping notes, the Macklind spot now feels like a second concept under the Russell's brand rather than an additional location — something that happened organically over time.

Andy Paulissen
Russell’s has a legendary pastry case with contents made in house.

With the Fenton location firmly established and the Macklind spot beloved as a neighborhood institution, Ping is again growing the brand. This time, it's not a new location but an expanded retail component, which will be the home for Russell's nationwide shipping and online ordering — an endeavor started a few years ago to roaring success. After launching delivery of its gooey butter cake in December of 2020, the Ping family has grown that side of its operation to meet the robust demand of those eager to have the St. Louis staple shipped around the country for a taste of home.

And what demand there is. According to Ping, in mere weeks after launching delivery, Russell's sold $100,000 of the dessert and shipped it to all 50 states. For anyone who's tasted his version of the city's unofficial sweet treat, it's easy to see why so many are eager to sample it. Unlike the traditional or store-bought versions, Russell's gooey butter cake has a thick shortbread crust that's not overly sweet, which adds a pleasant texture to the decadent, buttery topping. It's a decadent foundation upon which Ping and his family are building a mini dessert empire. That's something he can't help but find amusing considering their humble plans all those years ago. "Whenever my wife and I or my folks and I sit around and talk about the beginning days of all this and where it's grown, it's really neat to step back and see where it's ended up," Ping says. "There have been some bumps in the road for sure, but where we've ended up is pretty cool."