Starbucks: Once More, With +Energy! 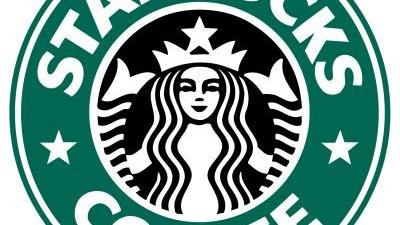 Starbucks continues its attempts to reinvent itself. First, the struggling behemoth returned to its roots, rededicating itself to better brewed coffee. It bought the company that manufactures the high-end Clover coffee-brewing system and introduced the new -- albeit very bland -- Pike Place Blend as its everyday brewed coffee offering. To drive the point home, Starbucks currently offers its hot drinks in cups featuring the chain's original, brown, boob-baring logo.

But is the company already undermining these efforts?

This week comes news of Starbucks latest offering (from the Seattle Post-Intelligencer):

The new ingredients can be added to any existing Starbucks handmade beverage by saying "plus energy" at the end of one's order. Baristas have been trained in how to mix in +Energy, which contains B-vitamins, guarana and ginseng.

On the one hand, who cares? While many people love this B-vitamin/guarana/ginseng crap -- see: the explosion of energy drinks over the last few years -- those who want a cup of coffee without any added juice can just ignore this "+Energy" option.

On the other hand, isn't this the exact same all-things-to-all-people approach that helped dilute the Starbucks brand in the first place? With each extra drink or drink modification a barista has to learn, the attention that barista (most of them, anyway) can spend making the best possible cappucino or latte or whatever decreases. It's no wonder that few coffee geeks take Starbucks' drinks seriously.

I know from experience. I used to work for Starbucks. (Full disclosure: I don't now, obviously, nor do I have any remaining connection to the company.) In fact, I worked there when it was at the height of its multimedia craze, touting its latest CD release or media tie-in with much more fanfare than it did its newest coffee blend.

(Remember the first -- and I believe only -- Starbucks-produced movie, Akeelah and the Bee? I didn't think so.)

Maybe the +Energy offering will be a big success. Maybe it will fail quietly. Whichever, I probably won't write or even think about it again. But it makes you wonder: Does Starbucks really want to be a purveyor of fine coffees? Or, rebranding efforts aside, is time and taste finally passing it by?

File it under random musings.