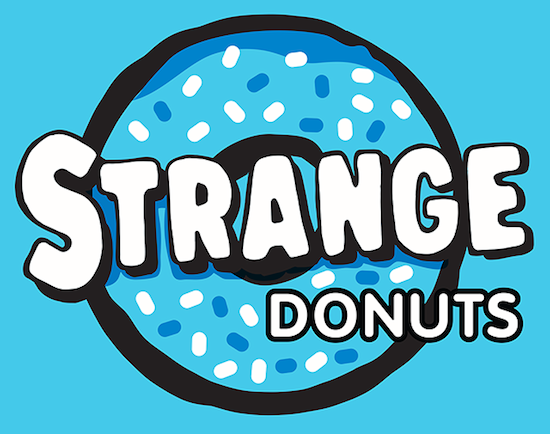 In January Gut Check reported that business partners Corey Smale and Tyler Fenwick planned to open Strange Donuts (2709 Sutton Boulevard, Maplewood) in Maplewood in May. When we spoke with Smale in January, he told us he and Fenwick drew inspiration for Strange Donuts from hip doughnut shops in Portland, Los Angeles and Austin.

Two months later they've secured a location, signed a lease and are about to begin construction on their kitchen in the coming weeks.

And just months before its intended opening date, you can help get Strange Donuts off the ground.

This morning Smale and Fenwick launched a campaign through crowd-sourcing website Kickstarter to raise $10,000 for Strange Donuts for needed kitchen equipment.

"We thought, 'How cool would it be to have the people who want these doughnuts help make them, literally,'" Smale says. "To help us purchase our equipment is really cool and almost ties us immediately to our community and to St. Louis because they helped us do this. It's still going to happen either way -- we're going to find a way to make this happen."

In an effort to simplify the process, Smale says, they sought to make the campaign as uncomplicated and uncluttered as possible, offering a simple tier of five incentives for pledges. Supporters who contribute $10 or more get two Strange Donuts (one classic, one creation) and a Strange Donut sticker, while at the other end of the spectrum, pledges of $1,000 or more get an after-hours doughnut party for a group of friends with Strange Donuts baker Sweet Will that includes helping bake doughnuts, creating a flavor to feature in the shop for one week and a dozen doughnuts per person in additional to store swag and more.

"This is obviously a huge, huge help for us. Any support we get is awesome. Just spreading the word is awesome. We really, really do appreciate it," Smale says. "We're all under 30, this is our first real thing, we don't have any money. We have a cool idea and some really great doughnuts and some really awesome friends willing to help. We've had a lot of people lend a hand. Kickstarter will hopefully resemble that, too."

Strange Donuts is also hosting its first official public doughnut tasting this week in conjunction with a new flagship event.