Sultān Mediterranean Restaurant Is Coming Soon to the Grove 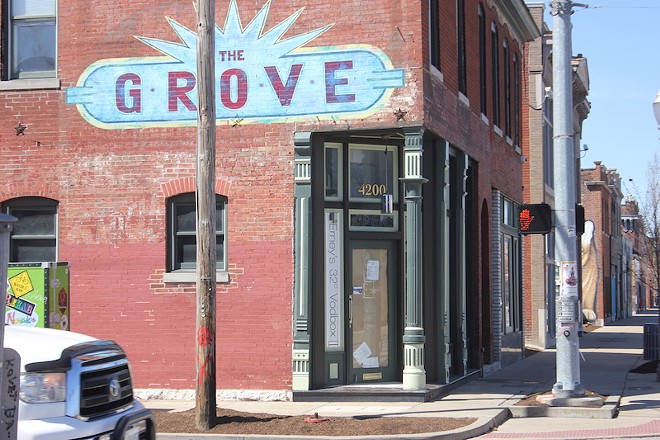 Sultān Mediterranean Cuisine (4200 Manchester Avenue), a new full-service restaurant, plans to open in the heart of the Grove as early as June 1.

Media Saeed tells the RFT that her parents Jenar Mohammed and Akram Saeed are the owners, and that this will be their first eatery. "My mother lives to cook," Saeed says. "She decided to turn her passion into a career."

The restaurant will be located in the former home of Erney's 32 Degrees, which closed in December 2016.

The Saeeds were refugees who were resettled in the U.S. from the Iraqi region of Kurdistan in the mid-1980s. "My dad and uncle worked for the American army back in 1991-1996, which was during the time Saddam Hussein was in charge," Saeed explains. "Since my dad worked with the Americans, Saddam threatened our family, which prompted us to be granted refugee asylum." They were first relocated to Guam and then eventually St. Louis. "We’ve been here ever since," Saeed says.

Her father got work at a valet service and then a taxi one before landing a job as a local truck driver. But all the while, the elder Saeeds dreamed of opening a restaurant. Her mother is a talented home cook. "Everything she knows how to make has either been passed down from family generations or she’s learned to make improvements on her own," Saeed explains.

COURTESY OF MEDIA SAEED
The Saeeds plan to offer the same food they serve at family functions and feasts.

Sultān Mediterranean Cuisine will offer both dine-in and carryout. The owners aren't planning to obtain a liquor license, but Saeed says customers will be welcome to bring a bottle of their own, no corkage fee.

Media Saeed says she is currently working at Sameem Afghan Restaurant in the Grove and has seen how much the neighborhood is bustling. "So what better place than this one?" she asks. "My parents were driving by and saw the property and completely fell in love with it."