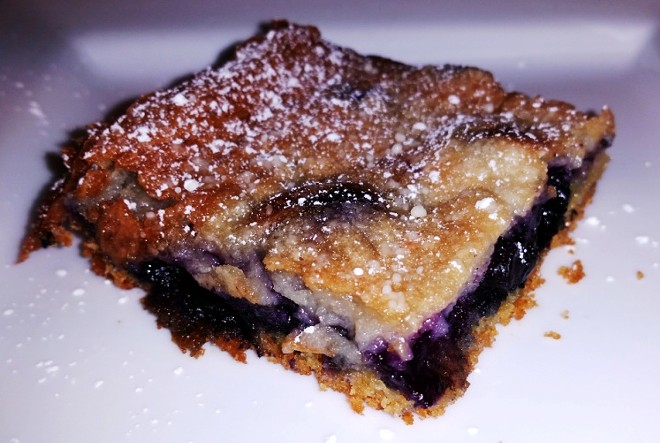 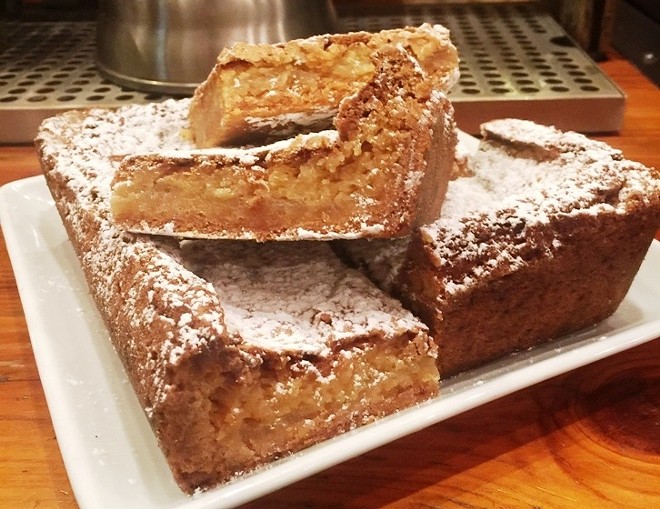 photo courtesy of The Mud House
The Mud House
2101 Cherokee Street, Cherokee District
The gooey butter cake recipe used at the Mud House has mysterious origins: It came from a former employee's mother from Nebraska. It stands out from the pack in that it uses a short dough that rests overnight, which is then pressed into a pan and topped with cream cheese, powdered sugar, eggs, vanilla and lemon juice, which balances the sweetness of the filling. It's baked for a long time to caramelize the sugars in the crust and on the top, but the gooey remains gooey. Every once in a while, blueberry lime or strawberry lemon flavors are featured. 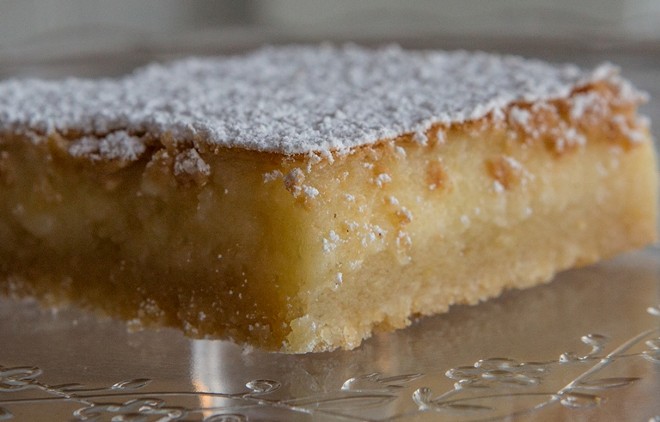 Lawrence Bryant Photography
Yolklore
8958 Watson Road, Crestwood
The new fast-casual breakfast-and-lunch spot in Crestwood, Yolklore, offers a variation of gooey butter cake with three balanced layers of cake, “goo” and crispiness. The bottom layer is more of a crust than a cake and the “goo” develops a crispy layer on top after its baked. “It’s not for the faint of heart,” says chef-owner Mary Bogacki. 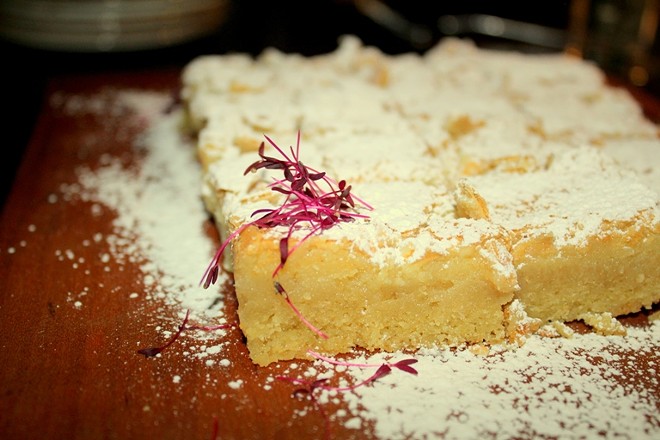 Thomas Bohlen
Boundary
7036 Clayton Avenue, Hi-Pointe
The beautifully plated gooey butter cake at Boundary, which chef Rex Hale reworked from his mother's recipe, is offered on special at the restaurant in the Cheshire Hotel. Flavors have included original, chocolate, pumpkin and lemon.