The Best Food Events in St. Louis This Weekend: December 6 to 8 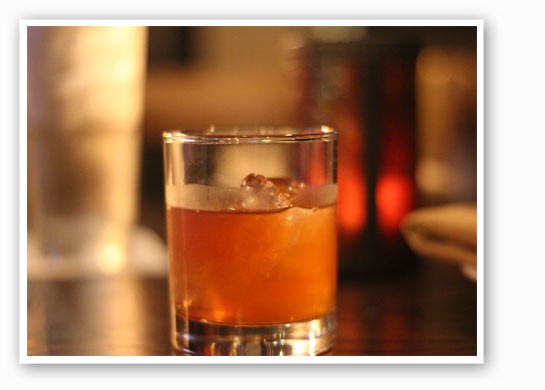 In typical Missouri fashion, we went from 67 degrees to snow in fewer than 24 hours this week. Don't let that get you down -- there are plenty of events to warm up your belly this weekend. Enjoy the snow falling and roast a few marshmallows in the Central West End or have brunch with Santa downtown. Check out our food-related recommendations after the jump.

It's supposed to be a cold one this weekend, so Gamlin Whiskey House (236 North Euclid Avenue; 314-875-9500) is celebrating by making (warm) use of its Central West End patio with fire pits, an outdoor bar and free s'mores with a drink purchase. Gamling has more than 270 whiskeys, but warm drinks will be featured tonight. Try a Gamlin Family Cider, apple cider with JP Wisers spiced Canadian whiskey or Gamlin's signature hot toddy featuring Red Stag Hardcore Bourbon and honey. From 5 to 9 p.m. Admission is free.

"Thursday marks the four-year anniversary of Six Row Brewing Company (3690 Forest Park Avenue; 314-531-5600), and to celebrate it's throwing a four-day blowout. The party rolls in Friday with five beer taps and two firkins. Styles range from the dessert-like cinnamon honey weizen to the cask of Red Snout IPA with Cascade Hops, plus the classic, 9 percent ABV Killer Whale. On Saturday the doors open at 11:00 a.m. with a lineup of heavy-hitting stouts. Start off with an orange-chocolate Imperial stout and work your way up to a deliciously sweet yet impressively heavy vanilla coffee Imperial stout that includes a touch of maple syrup for a perfect finish. Complete the afternoon with a Knob Creek barrel-aged Imperial stout and a cask of Cascading Whale." Admission is free.

Enjoy a horse-drawn carriage ride and freshly roasted chestnuts, hop aboard the antique trolley for Christmas shopping, and partake of a dinner buffet including shepherd's pie, beer cheese soup, smoked salmon platter with award-winning wine over live music during this holiday event. Buffet is $17 for adults and $8 for children twelve and under. From 5 to 10 p.m.

Bissell presents its annual Christmas show, the interactive murder-mystery A Christmas Killing. Shows are take place on Fridays and Saturdays at 7 p.m. and Sundays at 2 p.m. from now through December. The cost per seat is $52.95 per person and includes a four-course meal with entree options such as an eight-ounce New York strip and baked white fish with an almondine sauce. Call 314-533-9830 for reservations.

"The Eat Drink Listen Festival seeks to unify the restaurant and bar industry in St. Louis with creative musicians and visual artists from around the country, producing never-before-seen collaborations in both fields. Brought to you by musicians/barmen/imbibers Brandon Cavanagh and David Whitwell, the festival takes mixology, the culinary arts, and baristology, and elevates them to their rightful place as high art, presenting them in cooperative performances with specially trained musicians and artists. The festival takes place at various locations, including 4 Hands Brewery, Sump Coffee, Blank Space and 2720 Cherokee. The festival runs December 6 to 8. Tickets required for entry, from $5. For more info and ticketing, click here!"

Continue for the rest of the weekend.