"When are you going to Keith's? Keith's is perfect for 'Dive Bomber!'"

Except it's no longer Keith's. Now it's Stan's Bar, as of January 1, anyhow, when bartender Stan took over ownership. Such is the nature of neighborhood bars, being bought by patrons or employees to continue the lineage when the old crew retires. Just like when Archie Bunker bought Kelcy's Bar. Nothing changed. Except Edith croaked. And they added a restaurant. And Archie somehow wound up raising a spunky ragamuffin.

"I put the TV on the oldies station," a man in a stocking cap tells the bartender. 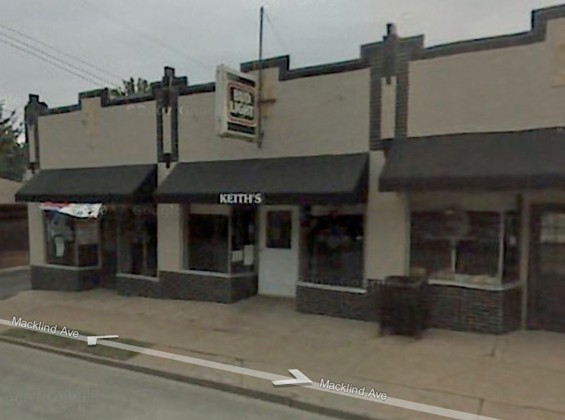 "I hate the rain," he goes on. "I walked in the rain for two years in Vietnam. I hate the rain." He goes to the restroom, returns and says, "We had a saying back then: Lead, follow, or get the f-f-f-f-f-f... I won't say it because you're a nice young lady, but lead, follow or get outta the way."

He returns to the other end of the crowded bar, finishes his beer alone, and walks out into the rain.

New name, older crowd. An aging man with a tiny white patch of a goatee sits alone at the end of the bar, singing under his breath while drinking a small glass of beer. Others his age are gathered at the opposite end, more social but acknowledging him when they walk past him to the restrooms.

A younger couple comes in. She's sporting a sleek black Betty Page hairdo. He has a subtle pompadour. They stand in the crowd bar, looking a little lost while trying to decide what to drink. When she orders an Absolut Mandarin and club soda, the bartender has to search through the bottles to find the flavored vodka. He orders a Shock Top draft and they head to the Internet jukebox, which has been silent.

Johnny Cash's voice fills the bar with "Sunday Morning Coming Down," followed by Merle Haggard's "Think I'll Just Stay Here and Drink." Excellent drinking music, but perhaps not best suited for a bar filled with aging Vietnam vets, where posters of Black Sabbath and Abbey Road-era Beatles decorate the walls next to the All in the Family television.

The old man stops singing, and there's some snickering between him and the bartender. Kids these days. It's not like it was before.

No, those were the days.