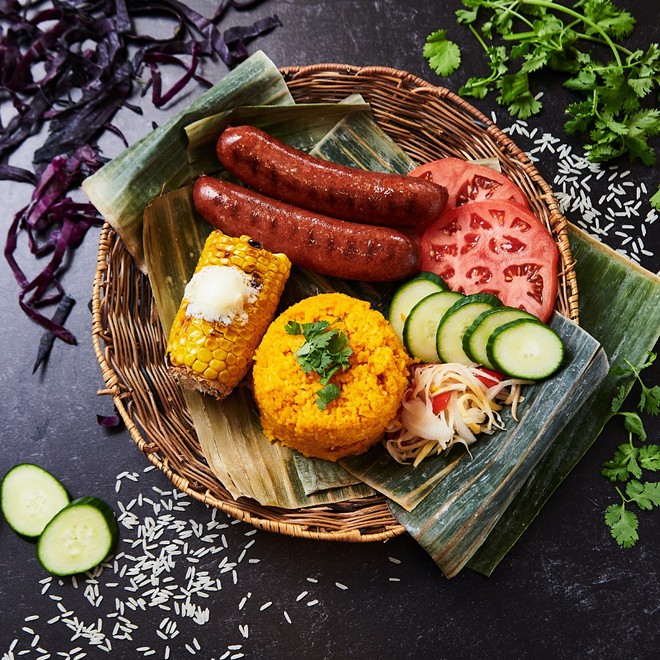 Miranda Minguia
The Fattened Caf is excited to offer a series of collaborations in celebration of Filipino American Heritage Month.

For The Fattened Caf owner Charlene Lopez Young, Filipino American Heritage Month is not simply about celebrating the contributions that Filipino Americans have made in the growth and development of the United States; it's about recognizing their role in the nation's present.

"For people like me who were born in the United States but have Filipino parents, we always live in this tension that we are not Filipino enough but not American enough," Lopez Young says. "This month is so great because it helps people like me who identify as that feel a little more seen, whether that is in the food scene or just the acknowledgment that Filipino Americans live in the United States and are Americans."

As a Filipino American business owner, Lopez Young — together with her husband and co-owner Darren Young — embraces the platform the Fattened Caf has given her to bring representation to the St. Louis food community and beyond. Through their regular pop-ups, residency at Earthbound Beer and year-old consumer packaged goods brand of the same name,  Lopez Young and Young are able to, in her words, normalize Filipino cuisine and integrate it into the regular rotation of what people are eating, rather than having it be a niche cuisine only thought of one month out of the year.

However, Lopez Young sees Filipino American Heritage month as a step toward this goal. That's why she and Young have been working with local chefs and restaurateurs on a host of collaborative dishes that showcase the beauty of Filipino cuisine.

"I want more people to be aware of our identity and increase representation in any way that we can," Lopez Young says. "What we have access to is the food scene. That is why we are bringing about all these collaborations with restaurants that St. Louisans frequent. They already have good food, but we wanted to see what it would look like to have access to our food and to normalize it."

Lopez Young and Young kicked off their Filipino American Heritage month celebrations by collaborating with the popular barbecue brand Salt + Smoke. The pair are also working with Gerard Craft and his team at both Bowood by Niche and Fordo's Killer Pizza on two different dishes: a longganisa rice and eggs brunch dish and a longganisa and egg pizza, respectively. For Lopez Young, the experience of seeing Filipino food represented at these establishments was moving.

"I can't tell you what it felt like when I went to Bowood and had the longganisa, eggs and rice," Lopez Young says. "I almost cried because here was this restaurant that was not Filipino, but it was serving a Filipino dish. They sold out within the first two hours of them having it; that means not just Filipinos were buying it but everyone was enjoying it. It made me feel like who I am matters and that people were welcoming of it.

In addition to the Bowood and Fordo's collaborations, which end October 16, the Fattened Caf is teaming up with three other area businesses for Filipino-inflected specials that run through the end of the month. These include Nudo House, which has created a longganisa bahn mi, Buzz's Hawaiian Grill, which is offering longganisa musubi (musubi is a traditional Hawaiian dish) and La Patisserie, a Florissant bakery that will be serving a Filipino brunch.

"This really normalizes the food we grew up with and makes people feel like Filipino Americans are part of the food culture of not only St. Louis, but of the United States," Lopez Young says."