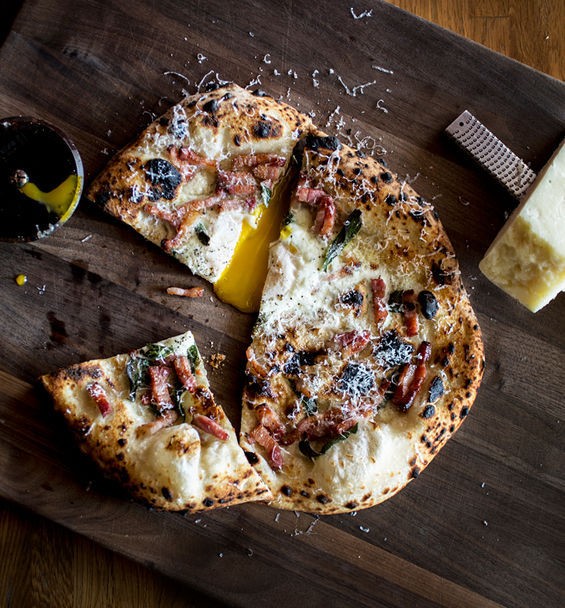 The difference is that the pizza side of the menu will be much shorter -- likely four pies in total, Randolph says -- and supplemented by many other offerings, including a sizable pasta section. The look of the restaurant will also change dramatically.

"The Good Pie has enjoyed a great base of loyal customers, but it's been needing to evolve a bit," Randolph says.

It took the death of Randolph's father about a month ago to crystallize that thought into action. The new name, Randolfi's, pays tribute to his paternal side of the family (the name was changed at Ellis Island). The chef intends to have family photos line the walls, the classic red-checkered cloths that scream "Italian restaurant" on the tables, and on diners' plates, the rustic style of southern Italian cooking he learned from his great aunts. "This is a way to pay tribute to that side of my family," he says.

He stresses that lovers of Neapolitan pizza need not despair. "We're very firm in our conviction that our pizzas are great," he says. "We're not going to change the pizza." It's more a matter of paring down that side of the menu to the basics, pies that allow the dough to shine through, and then adding other options for diners who want something different than pizza.

The Good Pie first opened in Midtown a half-dozen years ago, and moved to the Loop in August 2013. It's been a busy year for Randolph; in addition to tending to his popular breakfast-and-lunch spot, Half & Half, he opened a Mexican place called Publico, also in the Loop. Shouldn't it be time to catch his breath -- not launch a new concept?

"My wife would agree with you, I'm sure!" Randolph says, laughing. "But I've always wanted to do something like this. We want people to walk in and say, 'This is a place where she can get a pepperoni pizza and I can get a plate of meatballs' -- and you're right. And you can get something a little more challenging, too."

Gut Check is always hungry for tips and feedback. E-mail the author at [email protected]