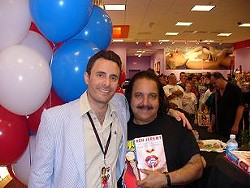 Kim is claiming some of his customers are voicing "concerns about the healthfulness of the food served" by the truck and that "his reputation [is] at risk of being totally destroyed."

Is it unsanitary? Watch the NSFW-ish trailer for The Flying Pink Pig and decide for yourself!