The Little Dipper Is Closing August 13 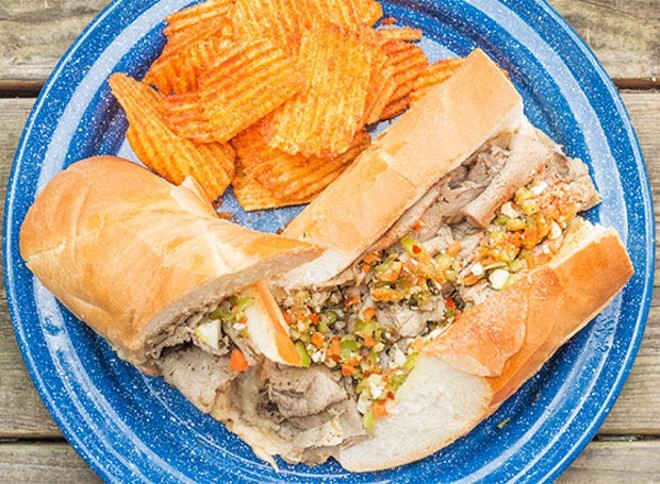 The tiny sandwich shop on Cherokee Street that had diners — and critics — raving will be closing its doors.

The Little Dipper (2619 1/2 Cherokee Street, 314-625-3530) announced on its Facebook page this week that it would be closing after dinner service on Saturday, August 13. The owners did not respond to several requests for comment.

The shop was originally opened in February 2015 by lifelong friends Jason Paul and Thomas Eversmann. Paul handled the cooking, which was a real challenge in the tiny spot (since it didn't even have a stove, the signature Italian beef sandwich had to be cooked sous vide).

While the sandwiches were a big success, change was the only constant in the Little Dipper's year and a half of operation. First Paul bought out Eversmann. Then in November, when the shop was less than a year old, he sold the place entirely. New owners John Buehlhorn and Laura Sisul had pledged to keep the spirit of the place, as the RFT reported at the time.

"There was no way I was going to simply sell it." Paul told the RFT. "I've worked too hard for that. Then my girlfriend Corey [Hammerstone] ran into John and Laura at the bar where she works. They mentioned that they were looking to open a place like the Little Dipper. She called me right away, and we started talking about them buying it. ... Once I sat down with both of them together and we started talking, I knew this was the right fit. I had a lot of confidence that they wouldn't change the place."

It's not clear what's next for the space, which is hardly bigger than a food truck, but still situated right in the heart of Cherokee.

We'll update this post if we learn anything more.