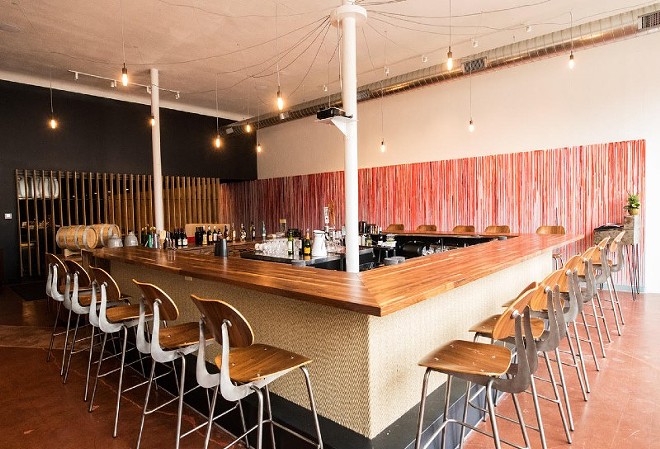 Courtesy of Bulrush
Bulrush's bar has been revamped as an exploration of the region's beverage traditions.
Editor's note: A previous version of this story mistakenly stated that the bar at Bulrush would officially reopen on June 23rd. The bar reopens on June 16th. We regret the error.

When Rob Connoley first opened Bulrush (3307 Washington Avenue, 314-449-1208) three years ago, he had no idea the direction it would take. Originally focused on foraged and hyper-local cuisine that celebrated the Ozark region's bounty, the Grand Center eatery quickly took on a more important feel as he heard from people whose culinary traditions he was exploring.

"When we first opened the restaurant, we didn't realize the scope or importance of what we were doing; we just thought it would be a quirky little project where we could do some fun stuff that hadn't been done before," Connoley says. "Then we started hearing from people in the Ozarks. This is an area that has been disparaged since settlers began moving in — really, it started when Shepherd of the Hills was published — and I started getting email from people saying no one had ever given them their dues."

Those emails inspired Connoley and his team to dive deeper into the Ozark region's history, culture and traditions; once they did, there was no turning back. Each question led to not simply another question but to new paths, each with its own branches. The search became seemingly infinite, prompting Connoley to rethink Bulrush as not simply a restaurant, but as a living, breathing research project.

Now, the bar at Bulrush is embracing that same philosophy.

Closed since the beginning of the pandemic, Bulrush's bar will officially reopen on Thursday, June 16 as a modern interpretation of the saloons that were part of St. Louis' founding and the greater Ozark region during the time period of 1837 to 1917. The Bulrush team chose those dates after doing extensive research; a dive into the city's Recorder of Deeds archives revealed a trove of information on St. Louis' famed Tremont saloon, dating back to 1837, while 1917 represents the date St. Louis bartender Thomas Bullock published his iconic book, The Ideal Bartender. 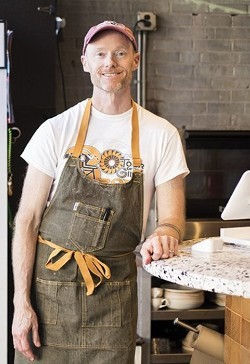 "During COVID we kept all of our staff on salary and we all did research," Connoley says. "Some did work on pork; some did research on the bar side of things. The people who did the bar research took it to a level where I didn't know what happened. They ended up getting these historic inventories and thought it would be interesting to show the development of bars in the area in the 19th and 20th centuries."

What this means for Bulrush's guests is an experience that will include foraged ingredients, infused spirits, from-scratch spirits and vinegar shrubs based on the team's extensive research that centered around three different documents. The first is the inventory list from the Tremont Saloon, which alluded to the use of vinegars, Madeira and cognac. The second is based on an inventory list of a 19th century saloon called Jacoby's, which made reference to brandies, domestic and imported whiskies, sherry, port and Madeira. Thomas Bullock and his impact on the country's cocktail culture provides the third touchstone. An African American bartender who became one of the most famous players in the nation's cocktail culture, Bullock's influence is felt in the form of the julep cocktail, the use of absinthe and a variety of punch drinks.

Connoley does not shy away from the fraught details of the history his restaurant shines light on. In fact, as Connoley explains, embracing that troubled past is essential to the work. Difficult topics such as the the treatment of traditionally marginalized and disparaged populations and the the stories of enslaved and indigenous peoples may make people uncomfortable, but Connoley believes that shows how essential it is to explore them. As he explains, these histories are woven throughout everything Bulrush does because they are woven through the story of food and drink itself.

"What we are doing has evolved into the need to give proper credit to indigenous people and the enslaved," Connoley says. "That's heavy stuff, and people going out to dinner are not necessarily looking for that. We know that, but if we ignore it, we are just adding to the problem, so we are trying our best to be thorough in what we are doing. Restaurants don't do this sort of work; it doesn't make sense, but I don't know of any way of doing this without it."

The bar at Bulrush will be open Thursday through Saturday, beginning at 5 p.m. Seating is available on a first-come, first served basis.