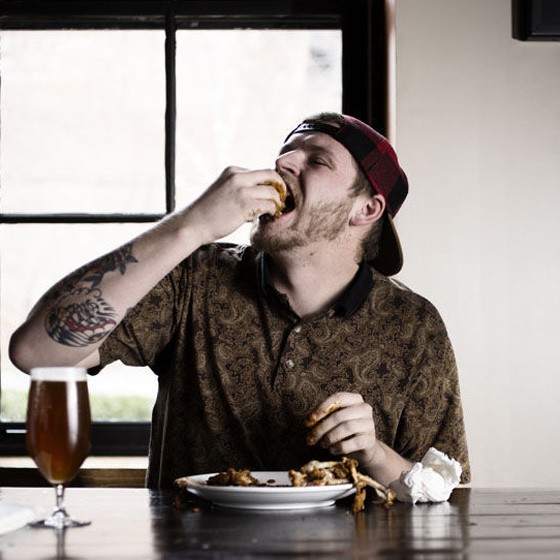 Here's what they have to say:

Sports fans stop by Jim Edmonds 15 Sports Bar [sic] in St. Louis, Mo. to tackle the city's hottest wings. The heat is so intense that waitresses have to wear gloves when serving. After signing a waiver, challengers have to eat one pound of wings (made with the record-setting Carolina Reaper peppers) in 6 minutes or less, then lick their fingers clean, and cannot eat or drink anything for five minutes. Winners get their meal for free, a T-shirt or hat, and their picture on the wall of fame. Most people quit after about two wings.

The challenge got off to a rocky start when it was first called the "Officer Down" challenge but was changed after cops found it to be in poor taste.

"Those peppers were literally knocking people down, so we thought, if you do this challenge, it'll be an 'officer down,'" co-owner Mark Winfield told us at the time, after he changed the named out of respect. "[But] I think the media, Hollywood, myself kind of use that word loosely, and officers take that obviously very, very seriously because it means someone is hurt."

There's no word on who has actually beaten the challenge, but we have a feeling once police headquarters moves in next door, there will be more than a few taking on the spice.