With Halloween right around the corner, we've had horror movies on the brain. And then we started coming across some awesome Halloween-themed cupcakes. What could be better, we thought, than a double-barreled approach: the best Halloween cupcakes paired with the best movies to watch while eating them!

Without further ado, our findings:

12. The Werewolf Long before that Team Jacob dude flexed his abs and howled at the moon, werewolves were scaring the bejeezus out of people. The werewolf is a pillar of the horror-movie pantheon, and this cupcake is the perfect way to kick off this countdown. Suggested cinematic pairing: The Howling 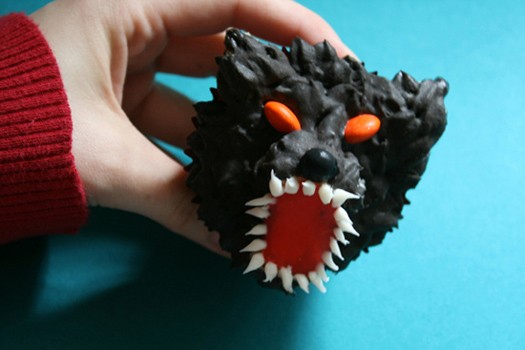 11. Bloody Brains Lobotomy, anyone? Okay, so this ain't the most appetizing-looking 'cake. But true Halloween and horror buffs can't help but love its gross, oozing goodness. Suggested cinematic pairing: Hannibal

10. Raw, Cadaverous Brains Brains...brains...brains!! This is the perfect cupcake for a zombie with a sweet tooth -- and exceptionally well-crafted! Suggested cinematic pairing: Return of the Living Dead

9. From the Grave To complete the zombie hat trick, check out these unruly corpses that refuse to lie down and die. Remember: They may be coming to get you, Barbra, but this time you can bite back. Suggested cinematic pairing: Night of the Living Dead 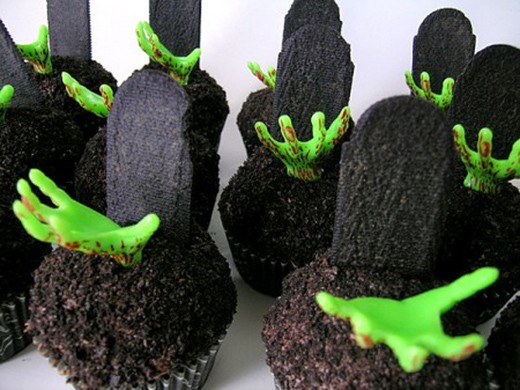