The World's Largest Catsup Bottle is For Sale 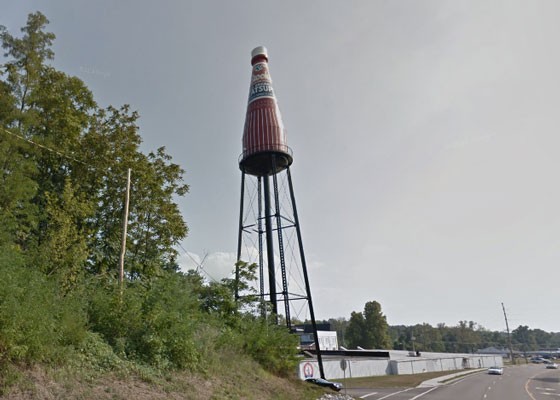 The world's largest catsup bottle is located in the St. Louis area -- well, Collinsville, Illinois, to be exact. It was built atop a water-tower stand in 1949 as a roadside advertisement for the G.S. Suppiger Catsup Bottling Plant. It was named to the National Register of Historic Places in 2002.

Without explanation, a "for sale" sign went up last week, listing the property below it, which includes a warehouse and the bottle. As FOX 2 points out, a transportation company has owned the property for more than a decade and even had it restored.

The World's Largest Catsup Bottle Festival was two weeks ago, where four-year-old Collinsville resident Sophia Lewis was named Little Princess Tomato. If that isn't just the cutest thing ever, we don't know what is.

The nonprofit organization that promotes the water-tower-cum-catsup bottle did not immediately respond to emails for comment, but we'll update if we speak to them. In the meantime, you can call 618-385-1138 to make an offer.