Throwback of the House: Reel Him in With Cheemato Soufflé

Todd Ehlers, Wikimedia Commons
Have you been despondent since last week's post? Worried about eating sea pie and dying alone? It's time to find you a man with 1952's Date Bait: The Younger Set's Picture Cook Book by Robert H. Loeb, Jr., which was loaned to me by Kelly of Sounding My Barbaric Gulp.

I don't have to bait a date. My husband Brian and I will mark ten years of wedded bliss in a few weeks. I didn't even have to make a Cheemato Soufflé to win his heart.

Pasta and putting out did the trick and was a hell of a lot easier. 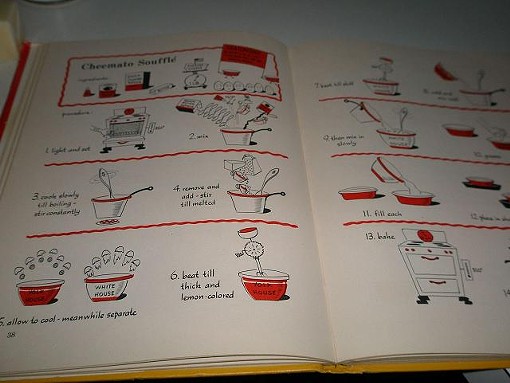 Robin Wheeler
First, interpret Loeb's recipe. As he explains in the introduction, regular recipes are too gosh-darn hard to understand, what with their words and numbers. Thus, the picture book format, which either means that women who needed help baiting a date were too dumb to read, or that girls were encouraged to start building their date-baiting skills in first grade. 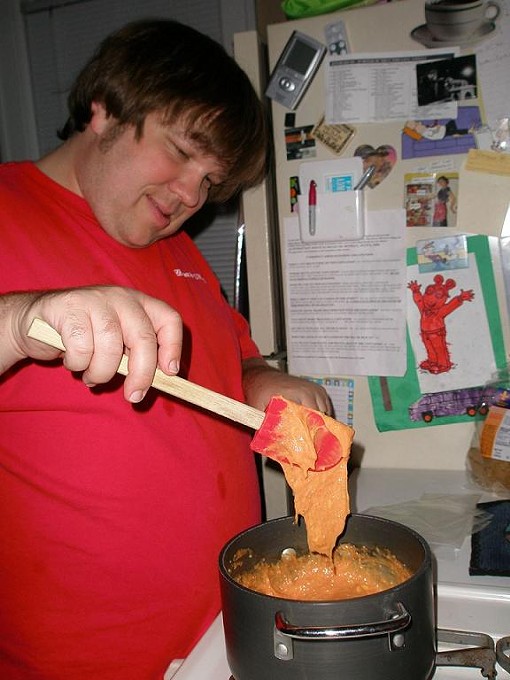 Robin Wheeler
Second, heat canned tomato soup with quick tapioca and water until it boils. Remove from heat and stir in a pound of American cheese. Eventually, the mixture became so hard to stir that I had to get my big, strong husband to do the task, sacrificing any baiting.

It's done when the man of the house starts complaining that stirring hurts his shoulder.