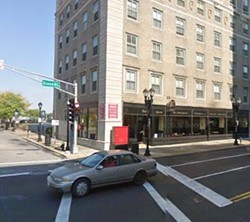 - Highlands Brewing Company (105 East Jefferson Avenue, 314-966-2739) has a new name: Kirkwood Station Brewing Co. The brewpub's former name caused legal trouble with a North Carolina brewery, Kirkwood Patch reported. This isn't the first change of name for the Kirkwood business. It opened in 2006 as Wm. D. Alandale Brewing Co., a name that was an amalgam of the names of its original owners.