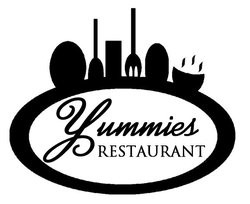 - Yummies Soul Food Cafe has relocated from 3149 Shenandoah Avenue to 2800 Olive Street. Riverfront Times' 2010 pick as "Best Soul Food Restaurant" and one of our "Five Best Spots for Comfort Food" for 2011, Yummies had originally intended to make the Olive space a second location, but then decided instead to close the original spot.

(A tip of the hat to George Mahe of St. Louis Magazine for cluing us in to the new location.)

Page through for more tidbits.

- Gut Check learned last week that Audi K's (235 North Euclid Avenue) was closing because the owners of the Central West End hot-dog joint were leaving St. Louis. Evan Benn of the Post-Dispatch passes along word from building owner Red Brick Management that a Thai restaurant called Thai 202 will open in the space within the next few weeks.

- Both Benn and Ligaya Figueras of Sauce report that J. Spain's Waffles & Wings has opened at 1901 Washington Avenue, previously the home of Smoking Joe's Bar-Be-Que.