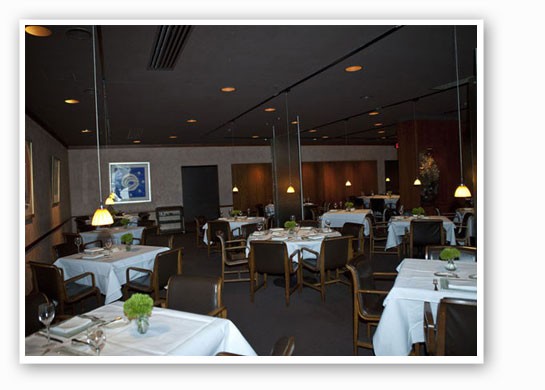 The St. Louis classic Tony's (410 Market Street; 314-231-7007) will undergo 10,000 square feet of renovations beginning in January. This isn't first time Tony's has had an update: Executive chef Vince Bommarito tells Gut Check that the 40-plus-year-old restaurant gets a facelift every 8 to 10 years.

See also: Perfection Is Possible: At Tony's, it doesn't matter what you choose -- everything is stellar

"We've been redoing the menu over the last few months, and a lot of the classic Tony's items are still on the menu, of course," Bommartio promises, "but we're going to be adding some new things to the menu."

The renovations will be handled by SPACE Architecture + Design, is also worked on David Bailey's second Rooster location. "We picked them because their reputation is really good, and they're a good company," Bommarito says. "We're doing new lighting, carpeting, rearranging and making the bar bigger." There will also be electrical, heating and cooling upgrades.

Bommarito says there's "no particular reason" for expanding the bar, it's just always something he's wanted to do. He also says the new menu items haven't been decided yet -- he's still working on a few things.

"There are always people who don't want to change, of course, but there are a lot of people who embrace change," Bommarito says. "So we're going to have a great new space."