Too Good to Be Stew: Haunted by the memory of a Pakistani delicacy 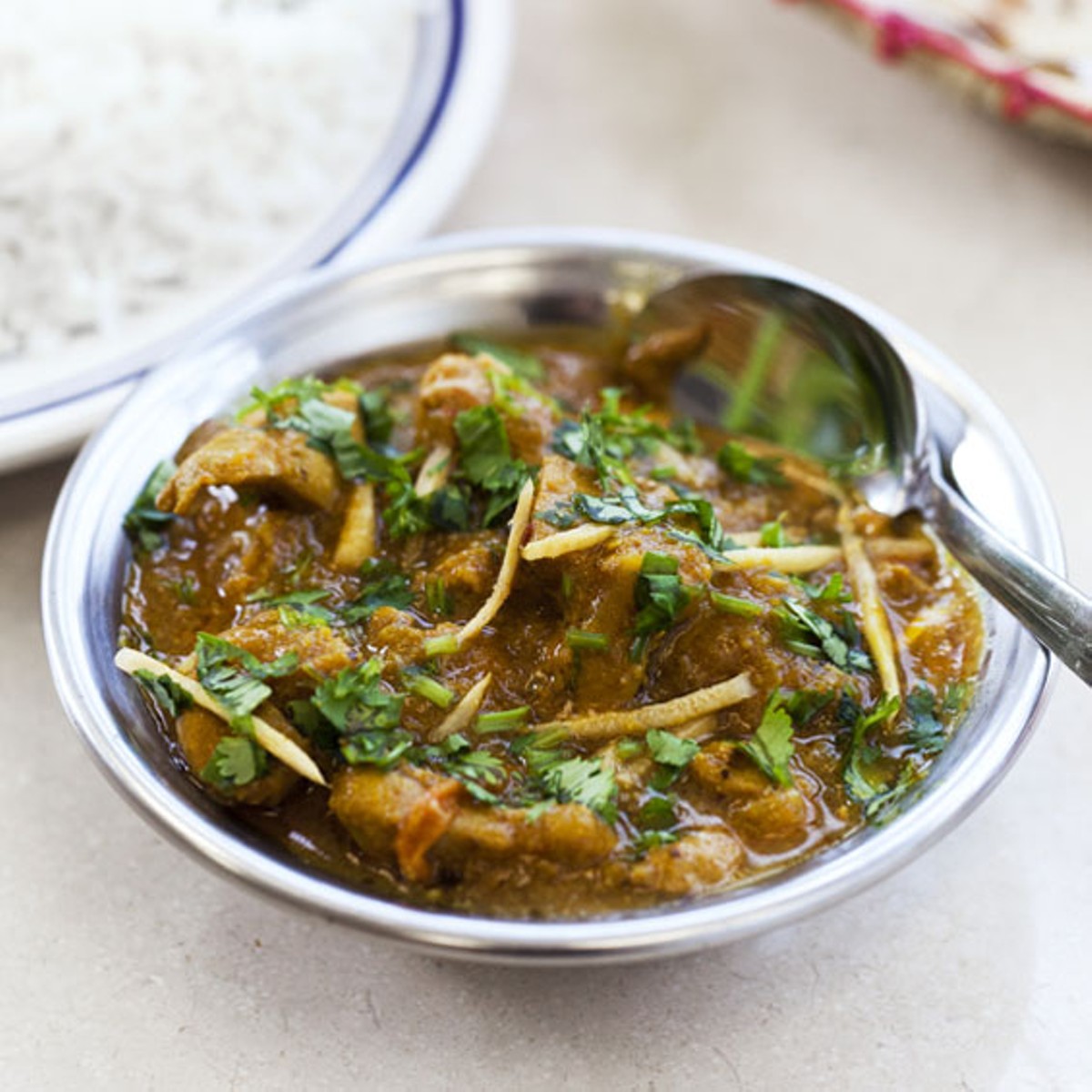 Too Good to Be Stew: Haunted by the memory of a Pakistani delicacy

I didn't order nihari the first time I went to Spice-n-Grill, as much as I wanted to. I didn't order it the second time, either. I waited until my last visit — until I was sure I'd scrubbed the vestiges of nostalgia from my perception.

Nihari is a traditional Pakistani beef stew — the national dish of Pakistan, some say. Calling it beef stew hardly seems accurate, though. Its flavor is rich, yes, but also bright: ginger, lime and cilantro, with a finish that lasts until the very moment before you can put your finger on exactly what that mysterious spice is. Even as you bite into a tender hunk of beef shank, nihari is more likely to remind you of Vietnamese pho than beef Bourguignon.

I tried nihari for the first time five years ago at Indian Food, the Indian and Pakistani restaurant the Khan family operated in University City ("Naan Better," May 24, 2007). From the first bite, it obliterated all of my preconceptions about the cuisines of the subcontinent. It was also — and over the half-decade to come, this would be my abiding memory of the dish — the tastiest beef stew I'd ever eaten.

Indian Food was a family affair. Zahid Khan and his son, Zack, ran the front of the house, while Zahid's wife, Shaheena, did the cooking, sometimes with the help of their daughter, Nazish. The restaurant closed in 2010. In the meantime, Zahid had opened a second venture, Tandoori King, in O'Fallon. That establishment shuttered after just over a year. The Khans, it seemed, were out of the restaurant business, and short of a pilgrimage to Karachi, Pakistan, from whence the Khans hail, I despaired of eating nihari ever again.

In November of last year, signs trumpeting Indian and Pakistani "fast food" appeared in the windows of a small, vacant storefront in a strip mall on Olive Boulevard in University City. When I peeked inside the unfinished restaurant, I saw a poster-size reprint of my review of Indian Food, with its accompanying photograph of Zahid, Shaheena and Zack Khan. Yes, I confirmed when Spice-n-Grill opened its doors in December, the Khans were back, and so was their nihari.

Spice-n-Grill is more casual than Indian Food was (or, for that matter, than any other Indian or Pakistani restaurant in town is). There are no tablecloths, scarce décor of any type. The space is tiny: Seating for a dozen and change is crammed into the narrow strip between the entrance and the counter where you place your order. This counter, in turn, stands between you and the kitchen, which is nearly indistinguishable from a home one.

As at Indian Food, Shaheena Khan cooks your meal while Zahid tends to the front of the house, occasionally stepping into the kitchen to assist with the prep work. The Khans' kids, Zahid makes sure to tell me when I speak to him on the phone, aren't involved with this venture.

The cuisine is "fast food" mainly in the sense that Spice-n-Grill is better suited for takeout than for dining in. (The menu does include a few Western fast-food dishes, however: cheesesteaks, chicken wings, chicken tenders.) The prices are quite low: Some lentil dishes cost only $3.95, and only the lamb and goat dishes cross the $10 threshold. Even with the obligatory à la carte order of naan (a little thicker and chewier here than elsewhere), your lunch or dinner will seem like a steal.

The modest menu features mainly well-known and well-liked dishes: tandoori chicken, chicken tikka masala, saag paneer and chana masala. Even within these confines, Spice-n-Grill impresses. Take the chicken tikka masala. Chicken marinated in yogurt and spices and then cooked in a tomato-cream sauce — this is a dish too often calibrated to the bland Western palate. But at Spice-n-Grill the sauce possesses a remarkable depth of flavor, a riot of spices that somehow pull together to form a distinct whole.

The chana masala brings whole chickpeas as tender as braised meat in a thick sauce with a definite kick. The saag paneer cuts the verdant, ever-so-slightly bitter flavor of spinach with squares of soft, homemade cheese. Goat karahi is one of a few dishes to feature that strongly flavored meat, though here its earthy richness is nicely contrasted by a sharp and (if you like) quite spicy sauce of tomatoes and herbs.

And then there is the nihari, served here with your choice of boneless beef or lamb shank. At long last, on my final visit, I opted for beef. Even at its price of $7.95, my portion seemed paltry: exactly three hunks of meat (plus one tiny morsel) in a liquid not nearly as thick as I'd remembered. But the flavor — the flavor was true to my recollection, and then some. Amid the heady mélange of spices, I caught an anise note that made the stock even more reminiscent of pho.

Time and nostalgia distort the memory; you can't stick your spoon into the same bowl of nihari twice. But I had resigned myself to a life without the Khans and their nihari, and now both have returned. For a food lover, that's the best kind of surprise. 