The Drunken Vegan, a.k.a. Patrick J. Hurley, is a full-time barman at the Civil Life Brewing Company and cocktail enthusiast about town. He's an unapologetic drunkard, a vegan and a bon vivant, and, no, he doesn't think those last two terms contradict each other.

Foie gras has been in the news a lot lately, with California recently overturning a law that banned chefs from putting it on their menus. Carnivores are now rejoicing, but the controversy remains (check out what our colleagues at the LA Weekly have to say about it).

The methods used to achieve the rich creaminess of foie gras dishes are at the heart of the conflict. Foie gras is "the enlarged liver from a goose or duck that has been force-fed and fattened over a period of four to five months. These specially bred fowl are not permitted to exercise -- which, combined with the overeating, creates a huge (up to three pounds), fatty liver." That definition is not from PETA, it's from the New Food Lover's Companion, the Bible for foodies.

One of the most common ways to serve it is as pâté de foie gras, a puree with a minimum of 80 percent goose liver. But pâté can be made from many things (the word comes from the French for "pie"). Pork is the most common ingredient, but plant-based versions are not uncommon. 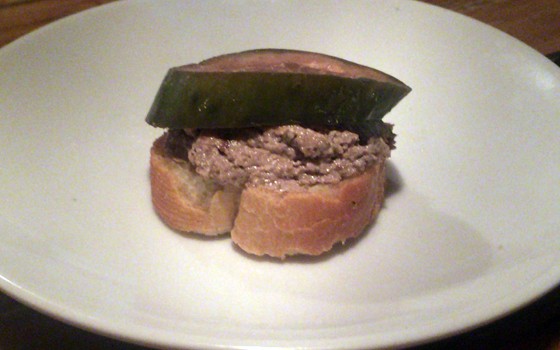 Alternatively, Tree House serves a wild mushroom pâté that's creamy and rich, earthy and complex, and pairs perfectly with crostini and housemade pickles. Owner and executive chef Bay Tran made a huge effort to make it taste like the real thing. "I grew up eating pâté with my father, and love the rich, creamy texture and savory quality of the dish, especially with crusty French bread. I knew we had to capture that same experience," she says.

The pâté is made from a blend of wild mushrooms (sautéed and deglazed with white wine), fresh herbs, housemade pecan cheese and a blend of spices. Though it's great just spread on toast points, it's also found on Tree House's banh mi sandwich. 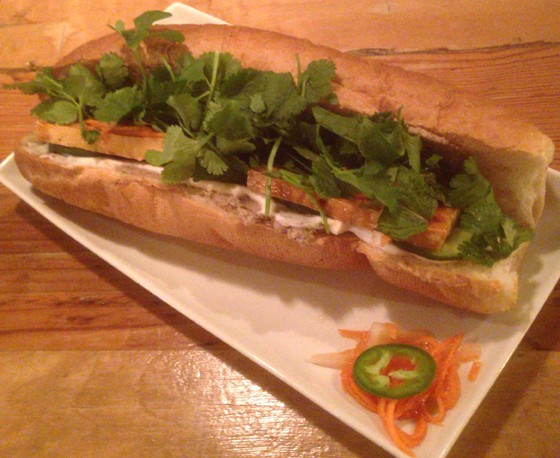 The classic banh mi generally has pork and pâté as its main elements. Tree House uses the mushroom pâté along with pickled carrot and daikon, jalapeño and plenty of cilantro. You can add slices of seitan or tofu, and it all comes served on a crusty loaf.

"We believe they are outstanding plant-based versions of two beloved dishes," says Tran. "I'm a third generation chef and restaurateur. Tree House is the manifestation of my life's work to this point. I want to offer a menu that reflects my tastes, personality and, ultimately, values."

After a delicious meal of animal-friendly pâté at Tree House, you can head to the park to feed the free-roaming geese.