What the Bands Ate at LouFest [UPDATED] 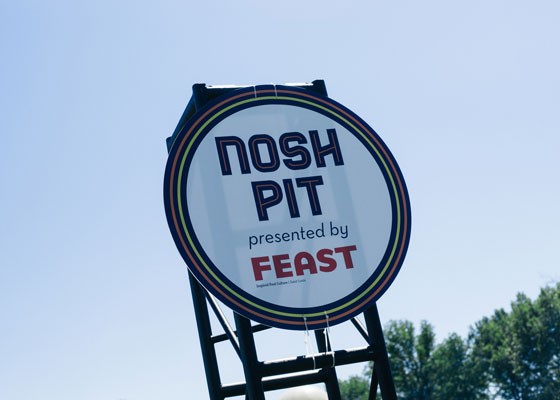 We're familiar with the restaurants featured in this year's LouFest concession stand, a.k.a. the Nosh Pit. But out-of-town bands are just looking for a quick bite, and they still loved what St. Louis had to offer. Restaurants like Pappy's, Strange Donuts and Sugarfire Smokehouse had brushes with fame this weekend, both at the music festival and around town.

Here's Portugal the Man with the guys from Strange Donuts:

.@strangedonuts loved you today. Made our #loufest

A stop at Pappy's threatened San Fermin's performance. Trust us, guys, we've been there. They visited Mississippi Mud Coffee Roasters, too.

Just ate at @PappySmokehouse in St. Louis and I'm not sure we're gonna make it out of bed for @loufest tomorrow #brisketfordays

Colin Lake went classic and had himself a Budweiser.

Where better to enjoy a can of @Budweiser then St Louis, MO. Thanks @loufest! pic.twitter.com/xH1n7h01eD

Outkast didn't venture out it seems (can you blame them?), but they did share pasta and Greek salad with Grouplove.

YOOOO @Outkast thanks for the pasta and Greek salad outta your dressing room. NEEDED!!!! pic.twitter.com/b4JuKWz11z

UPDATE: Twitter user @LexLockdown let us know that OutKast's Andre 3000 hung out in the Loop during LouFest, namely Three Kings Pub and the Moonrise Hotel.