You Could Win Free Lion's Choice for a Year

The St. Louis-based fast food chain will give away five golden tickets later this month 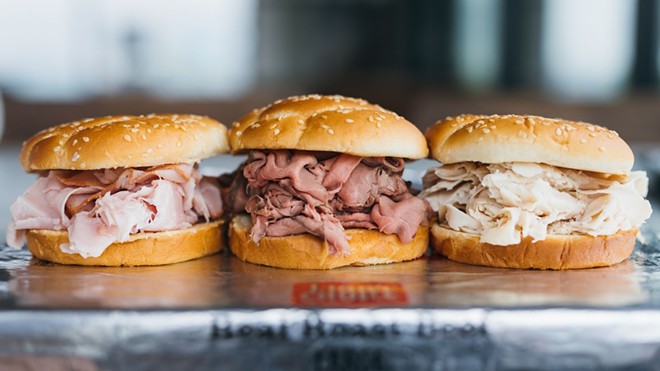 However, unlike in the Roald Dahl book, these golden tickets will not deliver you to some awful fate like swelling into the proportions of a giant blueberry or being dragged into a trash chute by a group of squirrels.

No, instead, the St. Louis-based fast food chain has gone a much more sensible route and opted to give their golden ticket winners free Lion's Choice for one year.

The promotion is to celebrate Lion's Choice's 55 years in business; the official anniversary is on October 26.

On that day, even if you don't find a golden ticket you can still check out Lion's Choice Instagram and Facebook accounts, which will be posting coupons for some mad deals good for that day only.

And hey, maybe for their 60th anniversary Lion's Choice will let us tour the roast beef factory. We'd probably be the kid who falls into the river of au jus.

See also: Donna Hollie Has Worked at the Original Lion's Choice for 53 Years